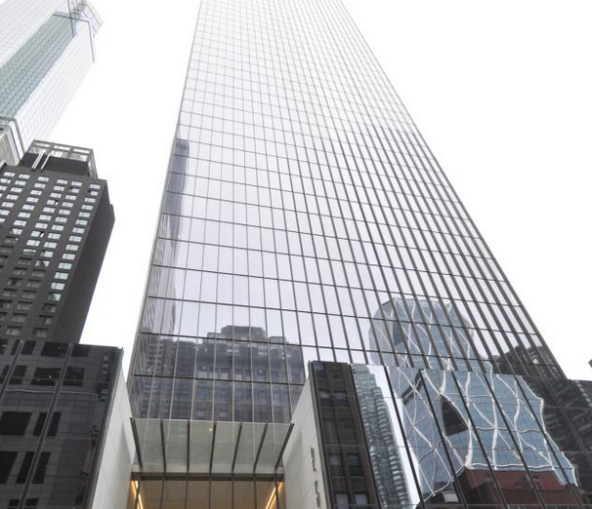 Two hedge funds will relocate in the first quarter of 2015 to the 30th floor of Boston Properties‘ newly-minted building at 250 West 55th Street through respective seven-year leases, Commercial Observer has learned.

Twin Capital Management will move to a 5,630-square-foot space at the building between Broadway and Eighth Avenue from its current office at 140 East 45th Street near Grand Central, while Glazer Capital will switch to a new 5,230-square-foot footprint at the new 39-story Skidmore Owings & Merrill from its spread at 623 Fifth Avenue, sources close to the negotiations told CO.

Christie Harle, Sam Seiler and Peter Turchin of CBRE represented Boston Properties in both lease negotiations. And Evan Margolin of Savills Studley represented the tenants in both deals.

Representatives for CBRE, Boston Properties and Savills Studley declined to comment on the transaction.

Other recent deals for space at the property include fellow hedge fund Platinum Partners‘ 23,274-square-foot lease in March and Modern Bank‘s 13,200-square-foot deal in February, as CO previously reported. Al Jazeera signed for 86,000-square-feet in May and Soros Fund Management took 100,000 square feet of space, including the building’s penthouse, in an agreement from last December.