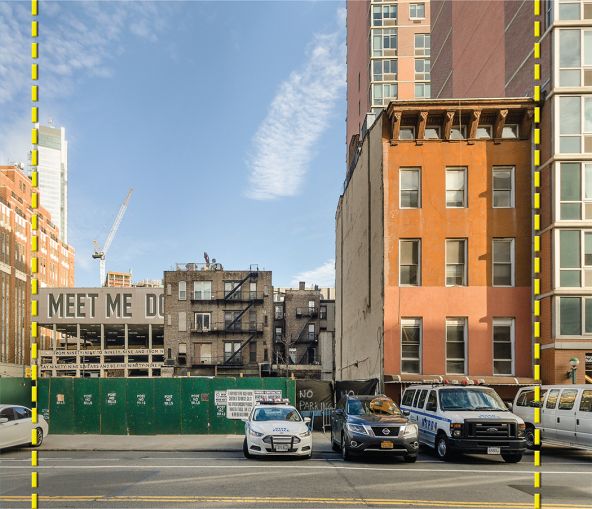 The owner of a vacant lot in Downtown Brooklyn with potential for development and a premium purchase price has placed the property on the market, Commercial Observer has learned.

Brooklyn developer Nicholas Cammarato bought the 7,556-square-foot lot at 211-215 Schermerhorn Street in 2013 for $16 million, according to property records, but the site might fetch much more this time around in a neighborhood where development site sales are booming.

The site between Bond and Hoyt Streets boasts multiple subway stations in its vicinity and, if a buyer were to construct a residential building under the city’s inclusionary housing program, up to 90,672 buildable square feet, according to an Avison Young team that’s marketing the property.

“The potential for diverse use alternatives provide a flexible investment strategy that makes 211-215 Schermerhorn Street a compelling and attractive opportunity,” said Avison Young broker Neil Helman in a prepared statement. “We believe this site is ideal for developers seeking to invest in a highly dynamic neighborhood, and is particularly well-suited for residential development, with continued demand for apartments in Downtown Brooklyn that has resulted in increases to unit pricing.”

Mr. Helman and his Avison Young colleagues Leor Friedman and Charles Kingsley are managing the assignment on behalf of the owner of the property.

The greater downtown area saw the highest dollar volume of transactions in Brooklyn during the first half of 2014, with 122 transactions netting a combined $732 million, according to the latest Brooklyn commercial sales report by brokerage and advisory firm TerraCRG. The neighborhood’s 24 development site sales during that six-month period totaled $234.9 million, which is nearly double the collective purchase figures for development sites in other areas of the borough, the report says.

The Avison Young team isn’t listing an asking price for the site, which offers 75,560 square feet of potential development as-of-right. But purchase prices of $350 per as-of-right buildable square foot have become reasonable in the downtown area, brokers working in the neighborhood have told CO. The site could sell for more than $26 million under that formula.

Update: A previous version of the story listed the 2013 purchase price as $4.9 million, but representatives for Avison Young pointed out that amount referred to only one tax lot out of the three that are up for sale. The current owner bought the three lots for more than $16 million, they said.