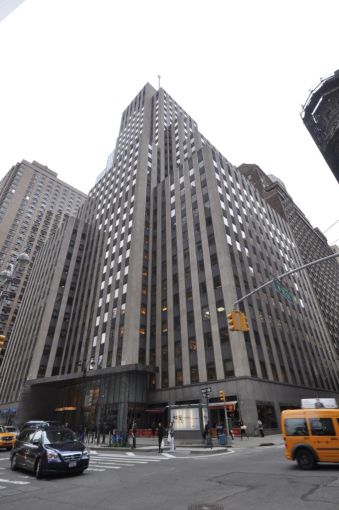 Vornado Realty Trust has reached an agreement to sell its 601,000-square-foot office building at 1740 Broadway for roughly $605 million and finalized the joint $700 million purchase of the retail condominium on the ground floor of the St. Regis hotel and an adjacent retail townhouse on Fifth Avenue, the company announced this morning.

Company officials will spin off the approximately $483 million in tax gains by reinvesting them in a tax-deferred exchange towards the acquisition of the retail space on the southeast corner of 55th Street, where Vornado closed as the 75 percent partner in the joint buy of the property with Crown Acquisitions.

The buyer of the office building, whose identity Vornado officials didn’t reveal in the release announcing the purchase, will pay about $1,000 per square foot for the structure between West 55th and West 56th Streets where Victoria’s Secret and Bath and Body Works-owning firm L Brands represents the largest tenant onsite. The sale, which hasn’t hit city property records yet, will close in the fourth quarter of the year, Vornado officials said.

Crown and Vornado announced they had agreed to buy Cartier parent company Richemont’s retail spaces, which total about 24,700 square feet for current tenants Bottega Veneta and De Beers, in early July, as Commercial Observer previously reported. The Bottega lease will expire in January 2016, while the De Beers lease will terminate in January 2019, Vornado officials said at the time.

The company didn’t release any broker names on the transactions, but Darcy Stacom and Bill Shanahan of CBRE were marketing the Broadway office property, according to Crain’s New York Business, which first reported that the property was on the market.