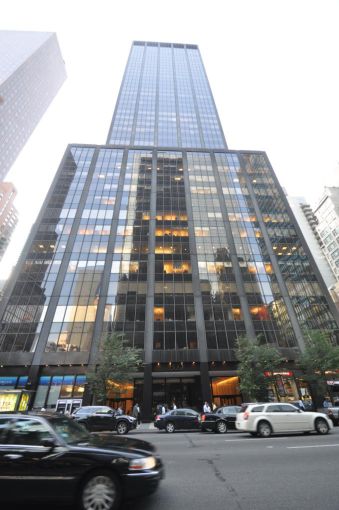 The renewal represents just one of 46 new office leases totaling 664,727 square feet in SL Green’s Manhattan portfolio during the third quarter, according to the document. SL Green holds an interest in the building but doesn’t handle leasing or management of the property, company officials told Commercial Observer.

Richard Brickell of Joseph P. Day Realty negotiated the transaction for the landlord, 800 Third Avenue Associates, while Alexander Chudnoff and Randy Abend of JLL represented Road Runner in the deal.

Officials with Joseph P. Day also represented the landlord in an agreement between Road Runner, 800 Third Avenue Associates and Bank of New York Mellon to assign the “rights, title and interest” as well as “rents payable thereunder” at the property to the landlord’s mortgage lender, BNY Mellon, according to documents filed with the city in June.

Asking rents for the property between East 49th and East 50th Streets ran for $65 per square foot in 2012, when the Michelman and Robinson law firm signed a 10-year lease at the property, as Commercial Observer previously reported. Class A buildings in the Grand Central area command an average of $64.19 per square foot in rent, according to the latest quarterly report from Cushman & Wakefield.