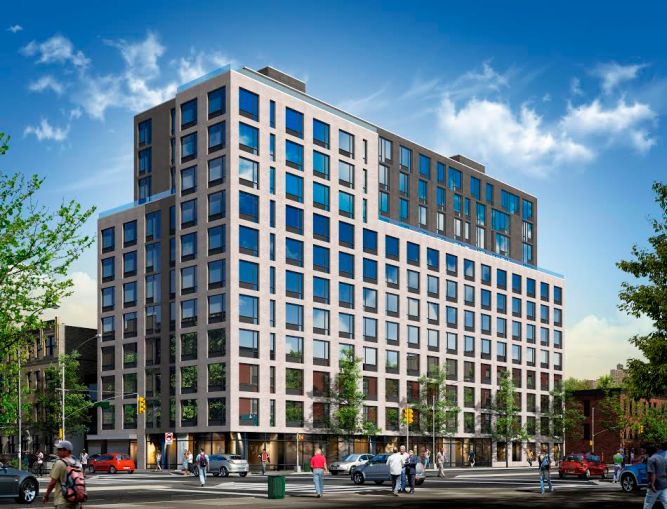 The rendering for 535 Fourth Avenue. dschlangerobserver

Renderings have been released for the mixed-use property at 535 Fourth Avenue in Brooklyn’s Park Slope, Commercial Observer has learned.

Slate Property Group, Adam America Real Estate and AEW Capital Management have partnered and taken a 99-year ground lease at 535 Fourth Avenue. The parties will develop a 130,000-square-foot mixed-use property that will include 148 residential units and approximately 12,500 square feet of retail. There will also be parking for roughly 70 vehicles.

“This marks Slate’s third acquisition on Park Slope’s Fourth Avenue in the past 10 months,” said David Schwartz, the principal and co-founder of Slate Property Group, in prepared remarks. “We see tremendous potential to add value to the avenue by developing unique, high-end residential properties that fill a void in the Park Slope marketplace.”

As Commercial Observer previously reported, the site used to be home to Strauss Discount Auto before being vacant for a number of years. In April, The Real Deal noted that the parties paid roughly $10 per buildable square foot, which was reportedly close to the asking price.

Aufgang Architects is the lead architect on the project.

The property at 535 Fourth Avenue is located at the intersection of 14th Street and Fourth Avenue. It is also near Prospect Park and the Barclays Center.