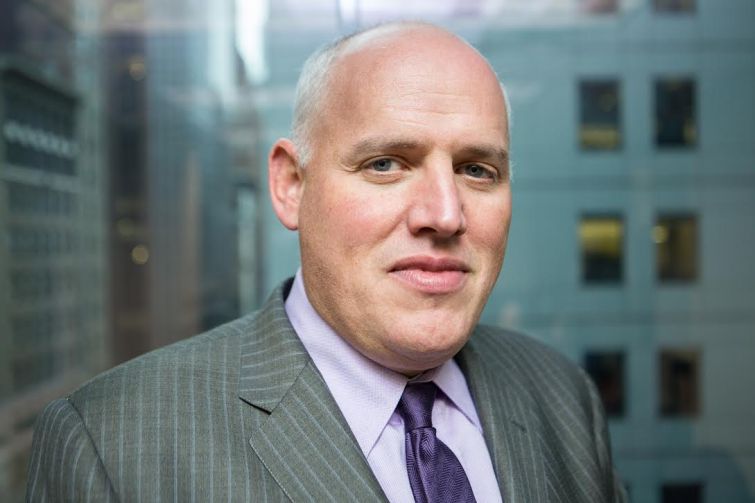 Taxes, though a certainty in life, are complicated. They vary wildly by state and strain all but the most analytical of minds. For many real estate moguls, state and local taxes on their assets can mean millions of dollars at stake.

Enter Wayne Berkowitz, a partner at Berdon and head of the firm’s State and Local Tax Group, to disentangle the web of legal jargon and elucidate the complex stipulations mandated by municipalities. And he sometimes plays a role, albeit a modest one, in drafting reforms. (He was the head of the New York Multistate and Local Taxation Committee for the New York State Society of Certified Public Accountants.)

Mr. Berkowitz is both a C.P.A . and an attorney at the firm (based out of New York City and Jericho, Long Island), making him uniquely equipped to navigate the often-treacherous state and local tax waters. Mr. Berkowitz works with a number of real estate clients to advise them on their properties, as well as their personal taxes. Just a couple of days after the midterm elections, he sat down with Commercial Observer to tell us about the involved world of tax liabilities in New York State.

Can you tell us about what you do on a day-to-day basis?

My title is Partner in charge of State and Local Tax. And I deal with 50 states and localities and all the state and local tax issues that come up. Just because the federal IRS tax rules are one way, the state and local tax rules can be wildly different. I am definitely an expert in New York tax and we deal a lot with New York. But we deal with every state. We have clients that do business internationally and throughout the country.

They can and they do. Obviously, rates are different and rules can be very different. Many years ago, before I was born, state and local tax weren’t all that important. States weren’t that aggressive. We had a straightforward manufacturing economy. It was easy to figure out where people were doing business and where they should be taxed. That’s no longer the case. As state budgets have become tighter and tighter, states have gotten more aggressive.

Which are the most aggressive states?

New York is up there. California, New Jersey, Ohio and Massachusetts are pretty aggressive. Pennsylvania can be up there, too. I hate to pick on any one state.

Who are your clients?

Our clients are all private. They are companies and generally the individuals that own those companies. We have a lot of real estate clients. That’s our bread and butter to some degree. We have a lot of professional services firms, whether they are law firms or advertising firms. We have some manufacturing because manufacturing is coming back in the U.S. The one thing our clients have in common is that we have no publicly traded clients. Our executive committee had the foresight many years ago to steer us away from that. They felt that the risk-reward wasn’t there. I’m the go-to guy for state and local [tax].

As far as New York State is concerned, there were really a lot of changes in the 2014-15 budget that the state had been talking about implementing for a long time. They had corporate tax reform, which really affects the bigger companies more than it affects my clients because most of my clients aren’t doing business as corporations. But they’ve really modernized New York’s system in the past year to comply and conform to other states.

What are the most important changes for real estate professionals to know?

The most important thing to real estate people, I think, is that there were certain incentives in the Lower Manhattan area and the World Trade Center area that were extended. [The state government has] been extending them every few years and they renewed them now. They wanted to encourage development in Lower Manhattan. These incentives have been around for a while and they’ve always been under the threat of cancellation.

But the legislature, in their wisdom, has been extending them.

I think [the changes] also extend to the actual owners as individual taxpayers. I don’t know if the changes have been as favorable there, and I think there’s still some work to do, especially in the area of residency for individuals. What state someone is a resident of is crucial because generally, as a resident, you’re going to pay tax on your worldwide income wherever it’s earned. Wealthy individuals typically have residents in different places.

How are states trying to attract businesses from a tax perspective?

When you pay taxes for a business, it has to be fairly apportioned [states have to get their fair share and the tax has to have a relationship to the amount of business done in the state]. Each state is required to apportion the tax based on the amount of business that is done in the state — traditionally, [tax] used to be [calculated] on a three-factor formula where the state would look at property, payroll and sales as compared to the total.

But by going to a single-factor formula based on sales, companies aren’t penalized for placing employees, operations, headquarters, factories and business operations in the states. It’s encouraging businesses to come to the state. It doesn’t increase your New York tax base one cent because the only factor is now sales. New York is kind of late to the party on this. They’re not super late, but they’re far from the first.

Who is the leader in attracting businesses right now?

Historically, South Carolina has been. North Carolina [has been a leader as well]. That’s where all the car companies have been going. New York has lost a lot of business, [but] that’s starting to change.

Do you think that’s attributable to Governor Andrew Cuomo?

I’ve been involved in committees. I am the past Chairman for the New York, Multistate & Local Taxation Committee for the New York State Society of Certified Public Accountants. We had a lot of interaction with Albany and with state tax officials. We essentially met with them and gave them our wish list. They had given us their wish list. And [we] worked together.

I also am a past member of what’s called the Commissioner’s Advisory Panel with the Commissioner of Tax in New York. We met every few months to talk about problems we had been seeing. He would talk about problems he had been seeing. And we could come up with suggestions, which in many cases turned into proposed legislation. Some cases passed. Some cases did not pass. As far as the recent corporate tax reform, this is something that the bar associations have been working on for years, and it finally passed through.

What do you think the future is for real estate in New York, given the tax situation?

New York is where people want to be. People want to live, work and play in New York. Values have been going up. Foreigners view this as a safe place to invest their money.

The future looks great [for the state]. I think government has realized they need to work with business and that’s going to bring the best results for everybody. I think the sea change is coming from having a lot of bad years. It’s been a slow shift. I think government and business just realized they need to work together and then everyone comes out on top.

I think that New York has become more business-friendly. [The city is] willing to work with businesses. There are more incentives out there. There are certain incentives for high-tech companies. There’s the manufacturing exemption now where manufacturers that meet certain requirements in New York state pay no tax. That’s something that started in 2014.

Are there any laws in the pipeline that you think our readers should know about?

There are trends. I think the biggest trend is states going to an economic-nexus concept. Essentially, you’ve had to have some sort of presence or nexus in the tax world in order to be subject to a state’s tax jurisdiction. A bunch of states, including Connecticut and California, have enacted it. You don’t have to set foot in the state, as long as you have sales into the state, to be taxed. For example, I could be sitting here in my New York office, and sell $500,000 of product into Connecticut delivered through the U.S. Postal Service. Connecticut says, “guess what? Your company needs to file a tax return now.” And that’s just a dangerous trend.

Why is this dangerous?

First of all, my opinion is many of these economic-nexus laws are going to be considered unconstitutional. And the states just don’t have the authority to [enact such laws]. And two, it’s crippling business. Here you have a state that’s conferring no benefit to the business, though the states’ view on that is that they are by providing a market for your product, by taking care of these people who are buying your product. But that’s really the biggest trend and that’s really what’s happening. The courts are going to have to step in and get involved at some point. The Supreme Court tends to shy away from tax cases. I don’t blame them.