Sloan-Kettering To Expand Near UES Campus 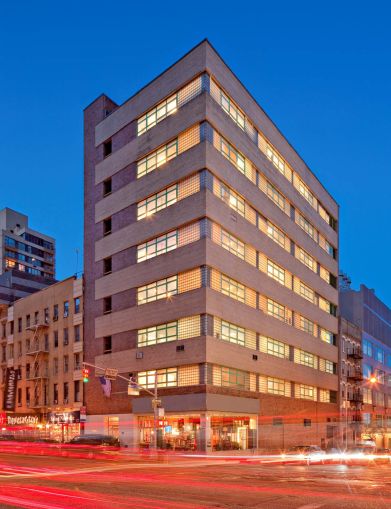 Officials at the 130-year-old institution have inked the larger spread for non-medical staff offices on the northeast corner of First Avenue and East 61st Street in space the cancer center has occupied since 1992 in large part because of the Upper East Side building’s proximity to the Memorial Sloan-Kettering main campus five blocks north, said Leslie Himmel, co-principal of Himmel + Meringoff.

“We are thrilled that MSKCC has opted to expand its operations at our property,” Ms. Himmel said in a prepared statement.

Memorial Sloan-Kettering will commence renovations on the internal expansion in January 2015 for a footprint that will run from the second to eighth floor in the eight story building where Hartstrings, a subsidiary of children’s apparel company Parigi Group, recently signed a 5,500-square-foot ground-floor retail lease, H+M officials said. The officials declined to state asking or taking rents for the space, but average office asking rents run in the low $60s in an area bounded by Park Avenue, East 65th Street, the East River and East 34th Street, according to the latest quarterly report by CBRE.

The cancer center’s name and headquarters address at 1275 York Avenue appear opposite those of the Mayo Clinic on the National Cancer Institute’s online list of 41 federally-backed cancer research and treatment centers. The financier and philanthropist John Jacob Astor III and his wife Charlotte helped found what was then called the New York Cancer Hospital in 1884, according to Memorial Sloan-Kettering’s website.

Representatives for NGKF didn’t immediately respond to requests for comment.