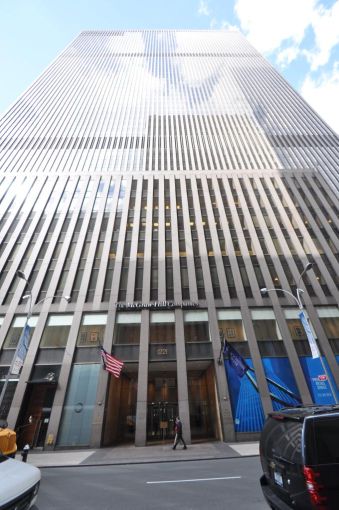 MUFG Union Bank has signed a lease for 209,700 square feet on the bottom three floors of the McGraw-Hill Building in one of the year’s largest new leases, The New York Post reported.

Cushman & Wakefield’s Fred Smith and Omar Farooq represented the tenant in the transaction. C&W’s John Cefaly represented the landlord along with Rockefeller’s Ed Guiltinan. C&W would only confirm to Commercial Observer the brokers’ names were correct.

Earlier this year, law firm White & Case took 440,000 square feet in the 50-story building, spanning nine floors as well as some basement space, the Post reported in April. The law firm will occupy most of the space currently leased to McGraw-Hill, which is vacating the building at the end of next year.

The 2.5-million-square-foot building, which first opened in 1972, is undergoing a major capital improvement program, including enhancements to the lobby, elevators, entrances and side-street plazas, and is scheduled for completion in 2015, according to Rockefeller Group’s website. It is one of the largest buildings in New York to achieve LEED-EB Certification, the designation by the U.S. Green Building Council for existing buildings