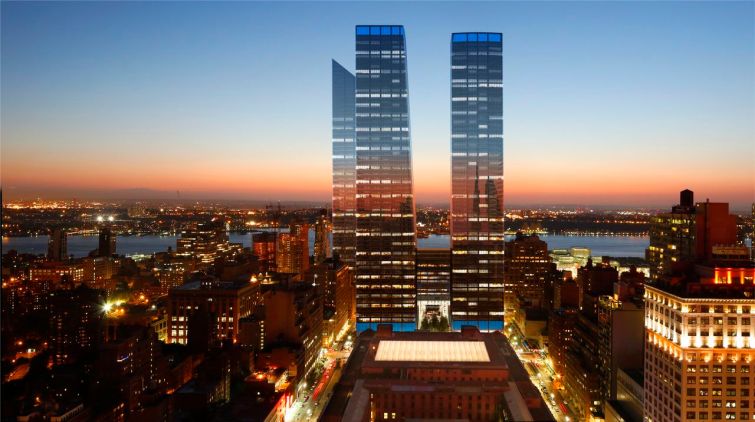 The firm, with 1,600 attorneys in 23 global offices, will move to the planned 2-million-square-foot, 67-story 1 Manhattan West tower at Ninth Avenue and West 33rd Street, a letter of intent signed and confirmed by officials at Brookfield and Skadden Arps says. The building will be part of Brookfield’s 7-million-square-foot mixed-use development.

“We look forward to being a part of the ongoing evolution of Manhattan’s West Side,” Skadden Arps executive partner Eric Friedman wrote in an email announcing the move to employees, according to a post on the Above the Law legal blog, which first reported the sale.

Representatives for the firm and Brookfield declined to comment or provide information such as the brokers involved in the deal or the square footage that the firm has pledged to lease.

The law firm will vacate its current home at 4 Times Square if it follows through and closes on space at the Manhattan West. It would represent the first tenant announced for the new office tower in the complex, which will include residential and office towers, a renovated adjacent commercial building, a potential 5-star hotel, retail spaces and a two-acre, 60,000-square-foot public space at the center of the development.