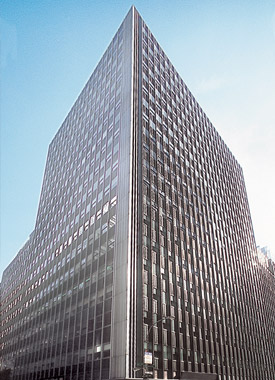 The tenant, whose mission for 50 years has been to improve the public’s understanding of insurance, signed a 10-year deal in the 32-story building, Savanna announced. The asking rent was in the mid-$40s, according to a spokesman for Savanna. Insurance Information Institute will be relocating to floor 18 from 24 in December.

Savanna acquired the 928,157-square-foot 110 William Street in a joint venture with KBS from Swig Equities and the Dubai Investment Group for $261.1 million earlier this year, as Commercial Observer previously reported. The deal valued the Financial District tower at $281 per square foot.

KBS Strategic Opportunity REIT is a non-traded Real Estate Investment Trust which closed its initial public offering on Nov. 20, 2012, according to its website.