Rizzoli to Reopen in NoMad After Midtown April Closure 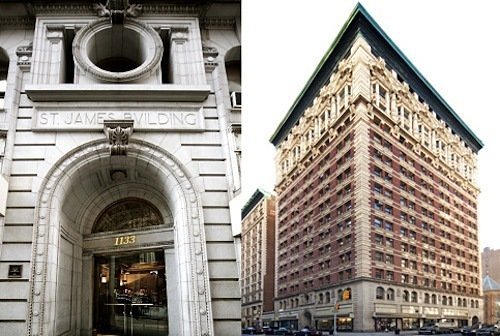 Rizzoli is coming back.

The bookstore, which shuttered on West 57th Street despite protestations from politicians, city preservationists and adoring fans, has signed a lease for a space at 1133 Broadway between 25th and 26th Streets.

The 15-year deal, signed last Friday, includes 5,000 square feet of ground-floor space, 2,018 square feet in the basement for storage plus an allowance for a 1,200 square-foot mezzanine, according to a spokesman for the building’s owner and Benjamin Birnbaum of Newmark Grubb Knight Frank Retail. Mr. Birnbaum represented the bookstore along with Newmark colleague Michael Cohen and Steven A. Soutendijk of Cushman & Wakefield Retail Services. The asking rent was $250 per square foot, according to in-house brokers for the building’s owner, Kew Management.

Rizzoli’s new location was selected after considerable research on the store’s customer base, Mr. Birnbaum said.

“Our new flagship bookstore will embody the experience our customers expect from Rizzoli while further enhancing their in-store experience,” Marco Ausenda, president of Rizzoli International Publications, said in a prepared statement. “A special salon for events, our trademark interior wrapped in an exciting modern envelope and other new features will make Rizzoli’s an icon for the future of illustrated bookstores. After an exhaustive search that included many options in several of New York’s unique neighborhoods, our criteria were fully met only by the 1133 Broadway location.”

That search included more than 150 locations, according to The Wall Street Journal, which first broke news of the deal.

Rizzoli established its first store in 1964 at 55th Street and Fifth Avenue and later moved to 31 West 57th Street. After 29 years on 57th Street, the shop closed amid much fanfare.