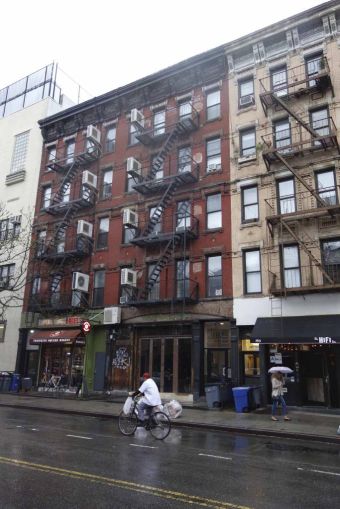 The two new deals for the restaurant in a 3,680-square-foot space at 167 Avenue A between East 10th and East 11th Streets and the salon in a 2,334-square-foot storefront at 14 Avenue B between East 2nd Street and Houston Street lead a portfolio of seven other retail spaces that RKF is marketing on behalf of Kushner in locations stretching across the Village and bordering the Soho area–potential locations that offer retailers excellent value, said RKF senior director Ross Berkowitz.

“We are thrilled to be partnering with Kushner once again on these four assignments and anticipate high demand for these spaces,” said Mr. Berkowitz in a prepared statement. “This is a great opportunity for any retailer looking to establish a presence in two of New York’s most vibrant, demographically diverse and popular neighborhoods.”

“The retail market in the East Village is very strong, which provides tenants with a lot of opportunity,” Mr. Crosetto said in prepared statement. “And the space is even more attractive because of the high quality of service we offer as an institutional landlord.”

Jared Kushner, the chief executive officer of Kushner Companies, is the owner of Observer Media Group, which publishes Commercial Observer.