CMBS: Is Underwriting for CMBS Back to Pre-Crisis Levels? 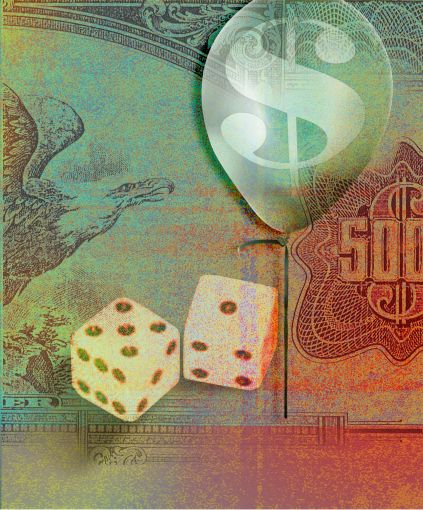 With the country’s CMBS market bouncing back to pre-crisis levels, industry observers are voicing growing concerns about a deterioration in underwriting on securitized commercial debt deals.

The CMBS underwriting environment has substantially declined over the past three years and is now akin to where it was in late 2005 and early 2006, according to several rating agencies, including Fitch Ratings and Moody’s Investors Service. Underwriting on such deals continues to weaken, in large part, due to rising competition between lenders to issue securitized debt, a Fitch report published this summer said.

“There is a sign in some respects that the buoyancy, liquidity and demand for product in the market is causing the decline,” Huxley Somerville, a managing director at Fitch and head of the firm’s U.S. CMBS group, told Mortgage Observer. “If underwriting continues to decline, it increases the likelihood of defaults across all property types and geographic regions.”

Weaker underwriting means that default risk in the CMBS market becomes more susceptible to drops in economic activity, according to Mr. Somerville. Declines in CMBS underwriting would become all the more problematic if the U.S. were to see another recession and financial crisis, he said.

“When underwriting standards reach a low, there is insufficient cushion for any unforeseen events occurring at the property or with the property’s owner,” Mr. Somerville said. “If you have a systemic issue, such as an increase in unemployment, you would see a much broader impact across a large number of properties.” Total CMBS issuance year-to-date in August was $47 billion. At the current rate, CMBS issuance would amount to an annualized total of $77 billion in 2014, short of last year’s $83 billion and 2004’s $87 billion, according to the commercial real estate and finance research firm Trepp.

But Joe McBride, a research analyst with Trepp, and other industry experts noted that a post-Labor Day pick up could result in a year-end total between $85 billion and $90 billion, on par with total CMBS issuance in 2004. Mr. McBride declined to comment on whether the underwriting quality on such deals is getting worse.

What is known as CMBS 2.0—the resurgence of the CMBS origination and securitization market post- financial crisis—was, from the outset, intended to put a greater emphasis on transparency and underwriting quality for the sake of investors.

So, what makes CMBS 2.0 safer than its predecessor four years into the market’s recovery?

“Nothing,” said William Wheaton, an economist and economics professor with MIT’s Center for Real Estate. “It is still true that the issuer does not have to hold a significant part of the B-piece debt, which people argue prevents adverse selection,” he said. “Another problem is third-party servicing; there has been no change in that. The third problem is that the rating of the debt is usually undertaken by the issuer not the investor, which is an intrinsic problem.”

Not everyone shares that sentiment. Deterioration in underwriting is a natural result of a growing securitized debt market and does not pose a major concern, said Carl de Stefanis, chief executive officer at the construction risk management and due diligence services provider IVI International. Mr. de Stefanis expressed greater concern about the total volume of CMBS loans hovering significantly below its peak.

“We have a relatively anemic CMBS market, which is [under $50 billion] of issuance for 2014 year to date,” he told Mortgage Observer. “At its peak, this was a $230 billion dollar market.”

Sierra Vista Mall continues to struggle with the threat of foreclosure after losing two anchors to bankruptcy and failing to rebuild its occupancy, while One HSBC Center may face foreclosure after losing its two major tenants, its namesake tenant among them. The condo interest in 1111 Marcus Avenue re-defaulted this year following a 2011 loan modification. The borrower remained unable to pay off the debt after all extension options had been used and all forbearance periods lapsed, according to Fitch.

“What we’ve seen so far in CMBS 2.0 defaults has all been property or borrower specific,” said Mr. Somerville. A potential threat to the market would be a major economic scare resulting from rising global tensions, such as the ongoing rifts between Ukraine and Russia and Gaza and Israel, he added.

“A couple of years ago I was more concerned about the fiscal cliff and other internal issues in the U.S.,” he said. “Those events have diminished, but there is still the concern of some off-shore macro-economic event. At the same time, the right dose of negative news could potentially put the brakes on some of the underwriting declines.”

One distinction between the current CMBS market and the CMBS market before the last crash is the outlook for the U.S. economy assuming no major catastrophes occur, Mr. Somerville explained. Another distinction is the increase in credit enhancement from some of the rating agencies, including Fitch, as underwriting declines, he added.

“Without question, the period of 2008 to 2010 was the worst,” Mr. de Stefanis said. “There was also the time in 1998 when the capital markets froze-up as a result of the collapse of numerous Russian banks, the free fall of the Russian stock market, and the issues with Long-Term Capital Management. These events came on the heels of the Asian financial collapse, most notably in Thailand and the Philippines.”

For the time being, all of those interviewed made it clear that no one can foresee where CMBS issuance and underwriting will go in the long run. Some suggest taking the inherent risks at face value while others recommend measured caution.

“Real estate is cyclical and a bit boom and bust,” Mr. Somerville said. “The concern is that you don’t want to go too far one way where you have massive value destructions through large-scale and wide-spread defaults. At the same time, you’ve got to understand that there’s a competitive nature to the business. Still, people forget very quickly when times are good in commercial real estate, how bad they can be.”