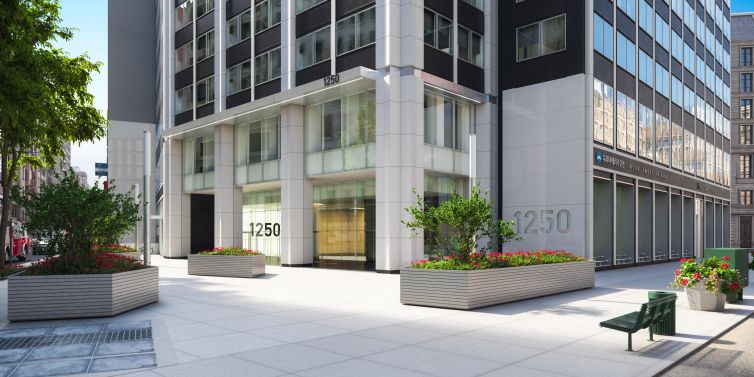 The leasing team will also advise the building’s owner, Jamestown, regarding upgrading and repositioning the street-level retail space.

The 773,887-square-foot, Class A office building in Midtown South is located a few blocks south of Herald Square and east of Penn Station.

The reason for the repositioning is “to bring the retail tenancies to a level that befit a class A office tower sandwiched between the busy footfall of Herald Square and the chic co-tenancies of NoMad,” Steve Soutendijk, a senior director with Cushman & Wakefield, told CO in an emailed statement. Cushman & Wakefield could consider a range of square footage and divisions for the retail space, he added.

At the moment, the Cushman team is marketing the space for pop-ups, but will begin looking for permanent tenants sometime after the new year, Mr. Soutendijk said.

Cushman & Wakefield is the exclusive leasing agent for the office portion of the building as well, according to a company spokesman. The building recently got updated lobby space, elevators and technology systems.

Business tech firm, Varonis Systems renewed and expanded at the 39-story building with a 10-year lease of 30,712 square feet on the 28th and 29th floors, as CO reported in July

High-end Korean restaurant, Gaonnuri, located on the top floor of the building, signed a lease for the penthouse space in 2012, CO also reported.