What Happens if J.P. Morgan Shuns the FHA? 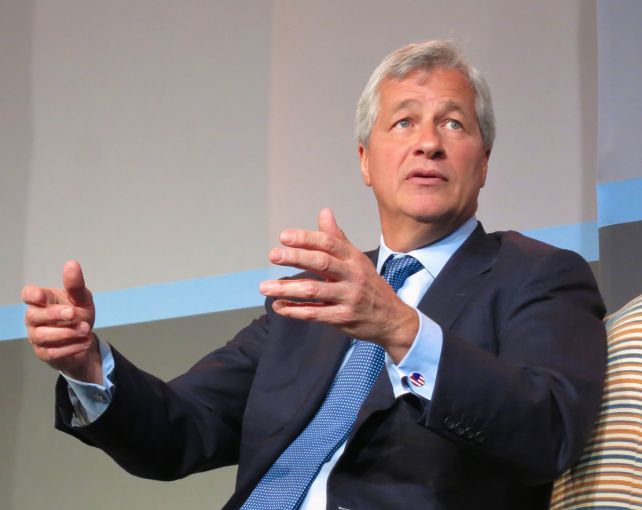 Earlier this week, straight-talking J.P. Morgan chairman and CEO Jamie Dimon vented his frustration on an earnings call, threatening to stop doing all mortgage business with the Federal Housing Administration, which insures many loans originated and securitized by his bank.

Mr. Dimon expressed his reticence—asking rhetorically “should [J.P. Morgan] be in the FHA business at all?”—following $600 million in fines recently levied against his firm for making defective loans. That punitive fine invoked so-called triple damages, wherein the bank owes three times as much as the value of the bad loans.

But Mr. Dimon’s complaints were likely echoed by many in the mortgage banking community, industry sources told Mortgage Observer. Frustration has been growing for some time, as banks struggle to assess the risk in loans they submit for insurance from the FHA—and often fail.

“I think that whatever J.P. Morgan does or does not do, [Mr. Dimon] is expressing what a lot of people are feeling,” said David Stevens, president of the Mortgage Bankers Association, a trade group.

“He is saying … ‘we are finding that we are buying liability that we can’t understand,” said Rick Lazio, a partner at law firm Jones Walker and former congressman who has also worked at J.P. Morgan.

Mr. Dimon’s frustration could be augmented by the fact that J.P. Morgan stepped in and helped stem the bleeding—at banks like Bear Stearns that made considerably worse calls, actually—during the financial crisis, Mr. Lazio added.

The heavy fees, in this context, make the government seem almost ungrateful for the speedy absorption of Bear into J.P. Morgan, which was famously negotiated over a weekend.

“[The fines] have no empirical correlation to actual damages,” Mr. Lazio said. Now, Mr. Dimon is asking for some help assessing risks, if his firm is to remain a player in the FHA ring—an area where it is the second-largest securitizer in the nation, according to a report from Bloomberg News.

Mr. Dimon’s remarks were a sort of cry for help to figure out a way to best assess the risk together, as he requested “real bright lines that make it easy for us to try to do what the government wants us to do,” per Mr. Lazio.

FHA loans, which are largely for single-family homes, but are also used by commercial developers for workforce multifamily housing, are already down 37 percent year-over-year in the second quarter of 2014, according to a recent report from CNBC.

It seems unlikely that the bank can follow through with the threat, though. “It would be difficult to exit the FHA space altogether,” said Mr. Stevens. The bank would run the risk of violating the federal Community Reinvestment Act, which requires a bank to prove it has made credit available to low-income borrowers.

But in the event of an exit by J.P. Morgan, however unlikely, the winners will certainly be other originators, sources said.

“Bank of America, Wells Fargo, Citi and all the super regional banks [would] have one less competitor,” in such a scenario, said Mr. Lazio.

One source, who asked not to be named, suggested Goldman Sachs and Orange County, Calif.-based New American Funding would be the first to jump into the void the bank would leave. “These independent mortgage companies [such as New American] are moving into the space,” the source said. “They don’t understand the risk.”

The government might be better off with the “devil they know,” the source said, not to speak of the fact that banks are better regulated than some newer entrants into the market.

“A lot of the RMBS product will move to non-banks,” Mr. Lazio added.

In fact, J.P. Morgan’s departure from the FHA space could easily have the opposite effect to what regulators hope for when assessing big fines intended to curb abuses—it will reduce the number of large players and the amount of capital in the market, narrowing choices for borrowers.

“You don’t make up the void of the No. 2 lender in the country very easily,” said Mr. Stevens.