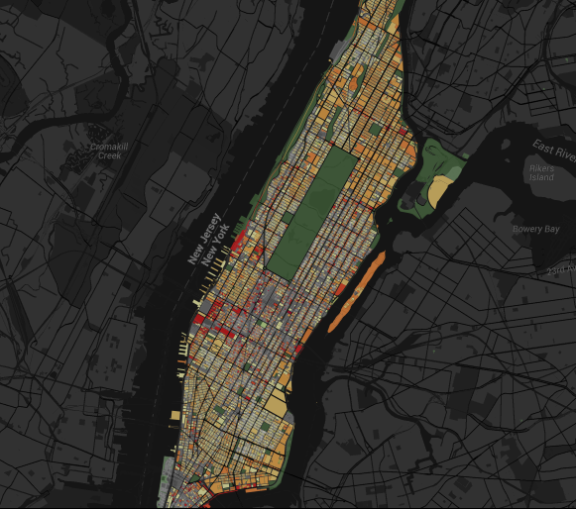 The nonprofit planning and preservation advocacy group’s contention that there should be more public notice and review for zoning lot mergers, the most common form of rights transfers, inspired a skeptical response from analysts at the Real Estate Board of New York and the NYU Furman Center who expressed concern that public review might hamper new development projects.

“To the extent that transfers of development rights had to go through a review process, they didn’t happen,” said Michael Slattery, REBNY’s vice president for research. “Adding more public review is not the right approach.”

Mr. Slattery pointed to a March report on development rights transfers from Furman, a real estate research center at NYU’s law and public policy schools, which tracked 361 transactions for 6.8 million square feet between 2003 and 2011. More than 90 percent of them—328 total—functioned as zoning lot mergers where one property owner purchases another’s unused development rights, while 31 played out as special purpose district transfers and only two transfers came from landmarked properties, the only type of development rights transfer that requires the city’s approval under the Uniform Land Use Review Procedure.

In contrast to the Municipal Art Society’s viewpoint, the numbers inspired the Furman researchers to advocate an alternate approach to the landmark transfers that would limit public review at sites that are sitting on an estimated 33 million square feet of unused rights in the area south of Central Park in Manhattan, said Jessica Yager, the think tank’s policy director.

“We heard from developers and landmark owners that the public review and approval process required by the program is onerous and uncertain, and is one of the main reasons why the program isn’t used more,” said Ms. Yager, one of the report’s co-authors, in a prepared statement. “This prompted us to explore ways to design a new [transferable development rights] transfer program that involves a less burdensome review process while retaining other safeguards to protect neighborhoods from out-of-context development, such as limiting the amount of air rights that can land on a single site, only allowing transfers within the existing building envelope constraints, and limiting the number of owners who can sell air rights under the program.”

For their part, officials at the society countered that the greater flow of public information on assemblages such as the 57th Street towers would not necessarily lead to a ULURP-style process. As Commercial Observer previously reported, the society’s proposals on the difficult-to-track lot mergers the society takes aim at in the map project call for some form of notification, perhaps via Community Boards, rather than a formal approval.

“There’s a scale there,” said Kate Slevin, the society’s vice president for policy and planning. “To say that all zoning lot mergers would require public review is not what we’re recommending. It’s more just giving people the information they need about the development that’s going on in their community.”

Mayor de Blasio’s office didn’t respond to a request for comment, but the Department of City Planning will “undertake a comprehensive study to identify opportunities for using transferable development rights to promote housing development or other public goals,” according to the Administration’s 10-year plan to create or preserve 200,000 units of affordable housing. And the mayor appointed Vicki Been, another co-author of the Furman report, to be commissioner of the city Department of Housing Preservation and Development.