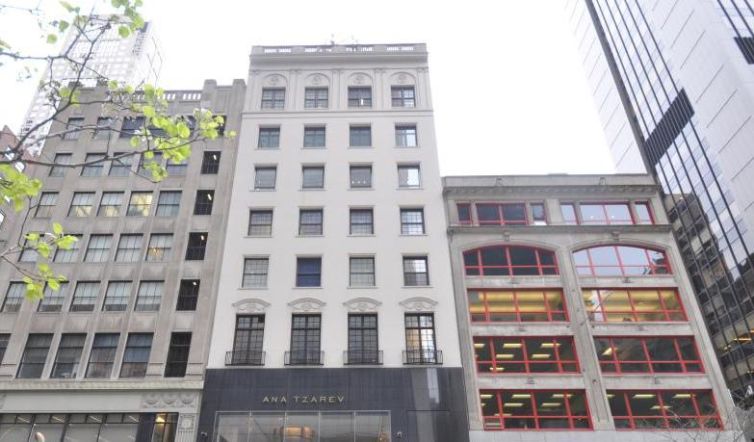 Asking rent for all of the spaces is in the mid-$60s per square foot, with lease terms longer than five years, Kenneth Aschendorf, a principal of APF Properties, told CO. The Gallery Building is now more than 95 percent leased.

Art galleries accounted for two of the four leases and a majority of the square footage, according to a release issued by APF. Gallerie St. Etienne, which has been a tenant in the building for 40 years, renewed its 5,400-square-foot lease. Stefan Stux Gallery relocated from 530 West 25th Street in Chelsea to a 3,700-square-foot space in the building. St. Etienne specializes in self-taught art as well as Austrian and German Expressionism, while Stefan Stux focuses on contemporary fine art.

Physical therapy practice, SportsCare Institute, Inc., which has been a tenant in the building for 11 years, renewed its lease for 3,700 square feet of space, according to the release. Head Shoulders Knees & Toes Medicine, a doctor’s office and previous subtenant in the building, signed a new lease for an 861-square-foot space, Mr. Aschendorf said.

“The area has had a real resurgence in the gallery market, which we hadn’t seen last year,” said Mr. Aschendorf. “The galleries are coming back to their roots on 57th Street where they are more welcome.”

The Gallery Building is in close proximity to new luxury residential developments housing an art-buying client base as opposed to a largely tourist foot-traffic or non-buying base in Chelsea and the Meatpacking District, Mr. Aschendorf noted. Additionally, rents have “skyrocketed” in these downtown art areas with a concentration of galleries, and availabilities are limited, he said.

“The building has also proven popular with fashion companies seeking showroom space, and medical practices seeking a central location best situated for their client base,” said Mr. Aschendorf in a prepared statement.