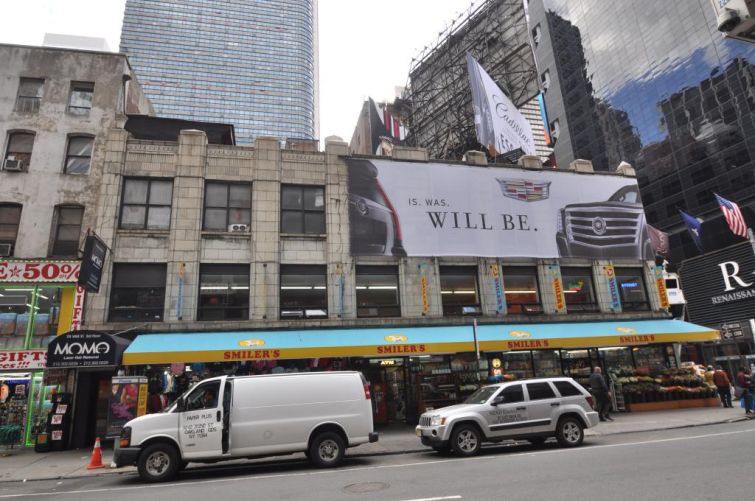 The Times Square-area property is located on the southeast corner of 48th Street and Seventh Avenue and can accommodate a building of up to 28,114 square feet, as well as LED signage. The buyer intends to demolish the existing building and utilize the site’s development rights, according to a press release announcing the deal.

“Times Square continues to evolve into a dynamic retail and commercial destination. We have made several timely and well-placed investments in the submarket, and in doing so, have substantially contributed to the area’s evolution,” said Brett Herschenfeld, a managing director at SL Green, in a prepared statement.

The current owners of the low-rise building at 719 Seventh Avenue are Kenneth Rothstein of Denver and Jeffrey Rothstein of Scarsdale, according to PropertyShark. The property is currently the home of a deli.