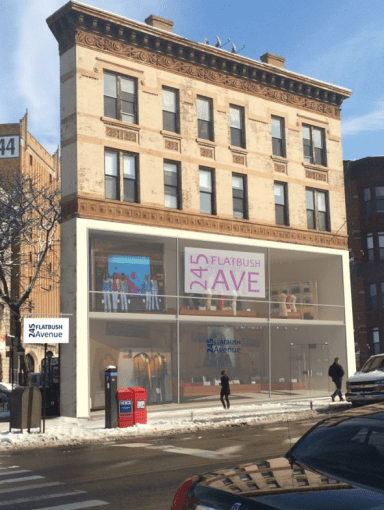 Doughnut Plant Brooklyn will be serving up crème brûlée and square-filled doughnuts in Prospect Heights come October. The company announced that it signed a deal last week with Noam Management for the 900-square-foot ground-floor space.

The new shop, which has about 60 feet of frontage on Flatbush Avenue, will take the space formerly occupied by Mexican restaurant Yummy Taco at 245 Flatbush Avenue between Bergen Street and Sixth Avenue.

This will be Doughnut Plant‘s third location. The other two are at Hotel Chelsea at 220 West 23rd Street and at 379 Grand Street on the Lower East Side.

“It’s exciting to be able to bring this iconic bakery to Brooklyn,” said Dan Marks of TerraCRG, who represented the landlord along with Joey Terzi. “The fact that this Manhattan original is moving to Brooklyn, along with restaurants like Shake Shack and Parm, really speaks to the strength of the market around the Barclays Center.”

A spokesperson for TerraCRG declined to provide the rent saying that area rents are in the $100- to $200-per-square-foot range.

Update: This story was edited to include Doughnut Plant’s broker in the deal.