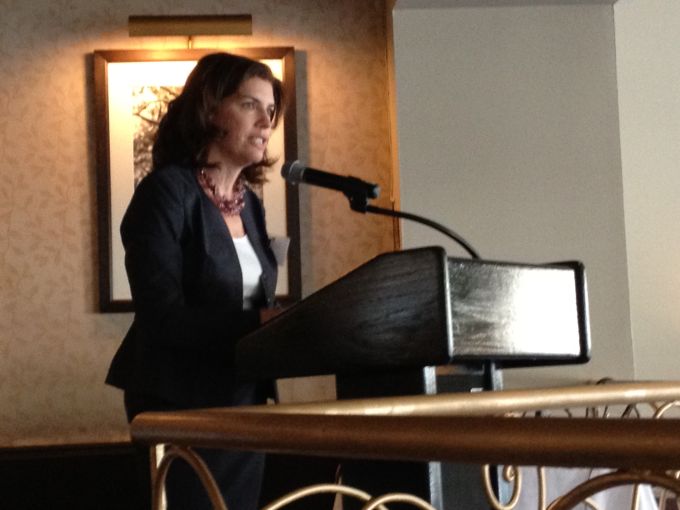 City Department of Consumer Affairs Commissioner Julie Menin promised a group of small business owners a series of “big announcements” in the coming weeks around the agency’s inspection and fines process.

Speaking this morning at the annual meeting of the Columbus Avenue Business Improvement District, Ms. Menin pledged to follow through on Mayor Bill de Blasio‘s campaign declaration that he would lessen burdensome regulations on small business owners.

“As a former small business owner, and one who dealt a lot with the DCA, I really know what it’s like to have a DCA inspector come and not know what they’re looking for,” Ms. Menin told the audience of around 50 business owners from the Upper West Side area in the breakfast meeting at Isabella’s restaurant. “We’re already starting to make changes at DCA.”

She referenced the agency’s recent online posting of more than 30 types of the checklists its inspectors use to assess certifications and fines for various kinds of city businesses and its new commitment to speaking the many foreign languages spoken by business owners. But more business-friendly adjustments are ahead, Ms. Menin said.

“We’re going to be making some big announcements in the coming months around fines,” she said.

Former Mayor Michael Bloomberg’s administration increased DCA inspections by 66 percent, violations by 153 percent and total fines by 102 percent between 2010 and 2012, a February 2013 report by Mr. de Blasio, then the public advocate, found.