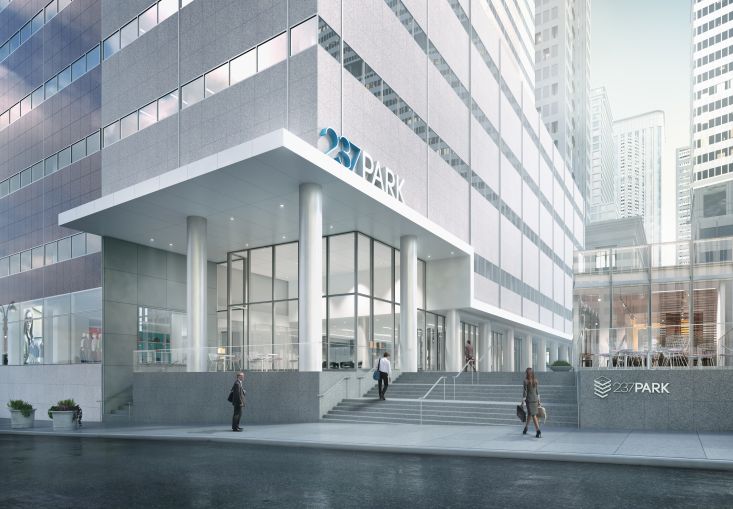 RXR Realty has released renderings of the revamped 237 Park Avenue after the recent open of the marketing office in the Class A office building.

To create the office, RXR, along with Walton Street Capital, gutted a floor and rebuilt the space at the 21-story building, between 45th and 46th Streets, to highlight the full potential of the 60,000-square-foot floor plate.

The renovations will cost just under $100 million, according to Scott Rechler, RXR’s chairman and chief executive officer. The lobby, plaza and facade are being revamped by architect Dan Shannon of Moed de Armas & Shannon.

“When the repositioning is completed 237 Park will be a modern, Class A building that will offer Park Avenue tenants a great value proposition and media and tech companies efficient floor plates adjacent to Grand Central Station,” Mr. Rechler said.