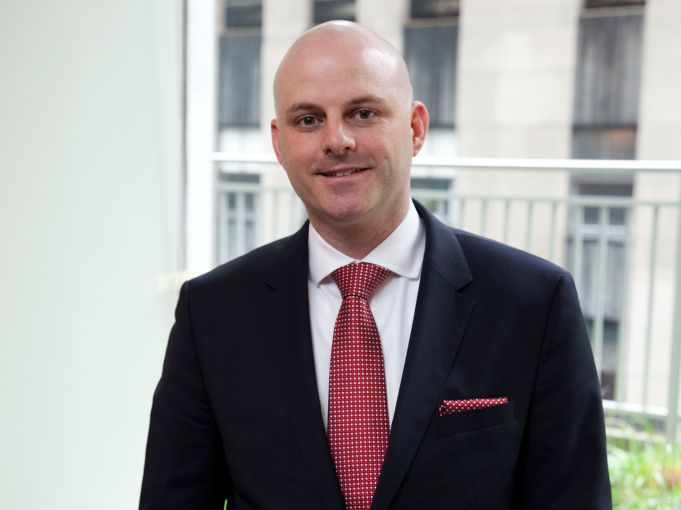 In the 14 months Ron Lo Russo, Cushman & Wakefield’s tristate president, has been on the job, the real estate services firm has changed its chief executive and hired Ray Kelly, the former New York City Police Department Commissioner—and those were just a couple of the big moves made by the company since Mr. Lo Russo, a 39-year-old New Jersey native, left Vornado for C&W. Mr. Lo Russo uses many superlatives when he speaks about his new firm—phenomenal is a common one—and there’s little doubting his enthusiasm for his job and colleagues. A year ago, Mr. Lo Russo told Commercial Observer he didn’t want Cushman & Wakefield to be the biggest commercial real estate player, but the best. The hiring of Mr. Kelly and the appointment of Ed Forst, a veteran of Goldman Sachs, as the company’s chief executive, is part and parcel of that. Mr. Lo Russo spoke with CO in his Midtown office last week as he looked back on the past 14 months and ahead to 2014 and beyond.

How would you sum up the past year?

We’ve been blessed with a phenomenal year. We had 21-percent growth in revenue over 2012. It was the second-highest revenue producing year in the history of this region.

We just got the market-share stats for New Jersey and we are clearly the number-one player there. We hired David Pennetta out of Oxford Simpson to run our Long Island office and we’re growing strong. Rankings-wise, we were number two in the large deals list in 2013 and I will tell you now: I will absolutely be disappointed if we’re not number one in 2014.

You said last year that you didn’t necessarily want C&W to be recognized as the largest real estate firm, but you wanted it to be synonymous with the best. Part of that, you said, was hiring the right people. Have you been successful in doing that?

The Ray Kelly hire is so significant because it’s out of the box. Everyone has the same service lines and the same organization. We provide project management and so do our competitors. So our CEO took a step back and said: “We manage a billion square feet of real estate across the globe for some of the most sensitive financial institutions and tech companies, and we don’t provide risk management service.”

No one provides risk management services—location risk, country risk, reciprocity of laws, cyber threat. The thought process was: if you want to be the best, you go out and get the best. We got the best: Commissioner Ray Kelly. The great thing about that is we have the monopoly on Ray Kelly; there’s no other Ray Kelly out there.

He’s phenomenal. He’s a down-to-earth guy, but with connections globally. He’s a true American hero and it’s great to come in and say “Good Morning” to him. I think the hardest thing right now is managing his time because everyone wants to get in front of him. He’s prolific. It’s just a small indication of how we are trying to be the best, not necessarily the biggest.

You earlier alluded to some of the changeover that occurred in the firm’s C-suite over the past 12 months and bringing in Ed Forst as the new chief executive. Did the chop-and-change that occurred leading up to his appointment affect the firm in a negative way?

Whenever you’re operating without a CEO for a period of time, there’s a level of speculation by everybody. The great thing is: we got Ed Forst at the end of the day. I’m energized by him every day. He expects nothing but the best and that trickles down and permeates our culture. Everyone feels it. Truthfully, if you had asked me that question during [the period of uncertainty] the answer may have been different. Now, it’s not even a thought.

You’ve added new names to the firm but you’ve also lost some employees to rivals. One example is the team of Andrew Peretz, Andrew Sachs and Timothy Gibson. Can you address those losses?

There are really no issues that arise from a team’s departure. We have 16,000 employees globally. You’re going to lose a couple people every year and you’re going to gain a couple of people every year. The people that we have here, the John Cefalys, the Tara Stacoms—the senior-most people in our organization—are the core of C&W.

Running a brokerage organization or any type of service firm is all about the morale. Everything affects morale and it’s my job to make sure everyone’s morale is kept up and to show them the opportunities that exist. Not everything people perceive as a negative is an actual negative.

Everything affects morale, but it’s the job of the leadership to turn it around. A very smart person told me: “Nothing is as bad as it seems and nothing is as good as it seems.” So I live that steady-Eddie line of keeping everything in perspective.

Right on target [laughs]. We are doing phenomenally and the market’s doing great. My summation of being at the forefront of the largest deals in 2014 isn’t because I’m hoping we get there; it’s because I have the visibility of what we have in our pipeline.

There have been some very significant leases signed already this year: White & Case, Allied, Revlon. Can you speak to the significance of those and what it means for the rest of the year?

When you look at the New York market, do you see momentum continuing?

The tech industry coming to New York is a vibrant tech industry; it’s not a bunch of start-ups trying to find their way. A lot of them are really established names that have already been out in Silicon Valley and are looking to set up here.

Look at the healthcare industry, the amazing projects going on in the life sciences area. It’s a testament to Mayor Bloomberg for attracting these businesses to the city. Education is huge. There’s so much that New York City is offering the workforce that chose to do business here; you can’t replicate it anywhere. That’s not a new story; that’s the story of New York over the history of time.

It’s been a little over a year now since you moved from Vornado to Cushman & Wakefield. Can you speak to what it’s been like to move from a REIT to a real estate services firm?

It’s something I reflect upon a lot. My function in my prior job was running deals. Now, I’m running a business. I love the business of real estate but sometimes I have to pull myself out of it because I run a business and I love it. It really, truly is one of the greatest opportunities I’ve been afforded. Every day I wake up and hope I do a good job for everyone outside [my office.] Everybody here works very hard and there’s a great energy in the firm. I want to return the favor.

Do you miss the deal-making?

Of course I do [laughs]. I keep my ear to the markets and what’s going on and where the puzzle pieces are going, where the new money is coming in. I’m into that big time.