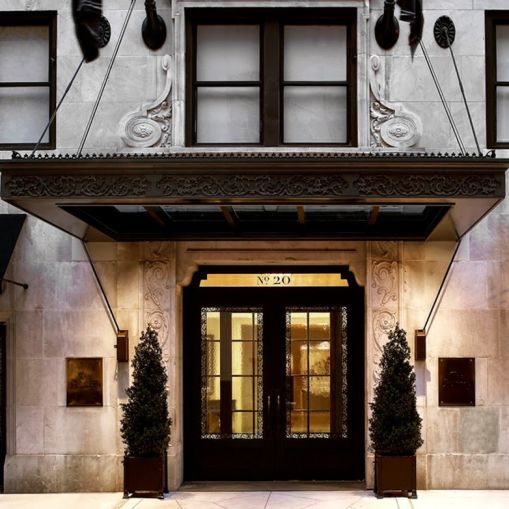 The New York-based real estate advisory firm Iron Hound Management Company has arranged two loans for a hotel refinancing on the Upper East Side and a ground-up apartment and retail construction project in Harlem, Mortgage Observer has first learned.

Iron Hound closed a $45 million loan from CIBC on behalf of Denihan Hospitality Group to retire a construction/renovation loan taken out for an extensive upgrade on The Surrey hotel at 20 East 76th Street. The renovation of the hotel’s interior, which was completed in 2009, included newly added rooms and expanded restaurant space. The building’s facade work was finished in September 2013, allowing the hotel to operate at full capacity post-renovation.

“It’s a continuing relationship between Iron Hound and Denihan,” Mr. Herron told Mortgage Observer. “They’re one of the more sophisticated hospitality groups not only in this city, but throughout the country.”

Iron Hound also closed a $36 million construction loan from Natixis Real Estate Capital on behalf of Bobby Cayre‘s Aurora Capital Associates and the Adjmi family for their mixed-use apartment and retail development at 5-15 West 125th Street. The completed building, which will span a full block, is expected to contain 100,000 square feet of retail space in addition to several apartment units.

Both loans closed on May 22.

“These two transactions represent Iron Hound’s ability to be creative and secure financing on difficult transactions for our clients,” said Iron Hound Principal Robert Verrone. “We have closed more than $2.25 billion in brokerage assignments across the country and this side of the business continues to grow, complementing the restructuring services we provide.”