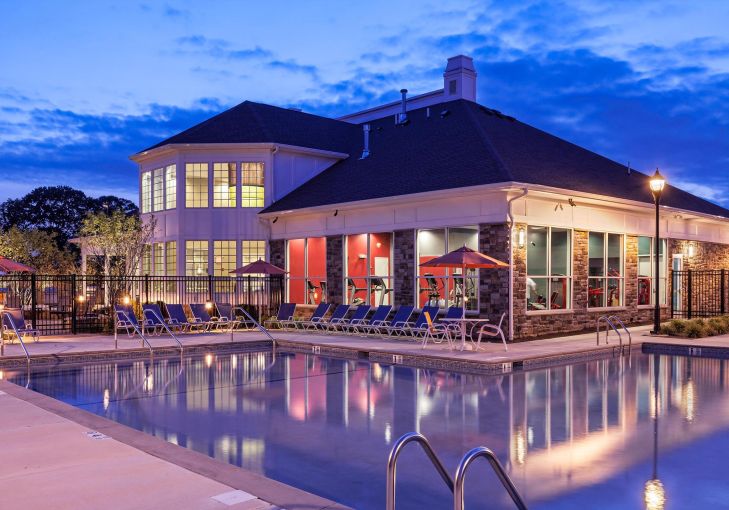 Construction will span four phases, and the loan structure allows construction funds to automatically convert to a full permanent loan at the end of each phase. The balance automatically goes into the permanent loan but the conversion is pre-approved for both seven-year and ten-year options. The facility overall has a 30-year term, Mr. Ackerman said.

“It’s pretty much eight loans packaged into one,” Mr. Ackerman said. “For a developer, this is pretty much a dream,” he added, because he or she locks in their interest rate for the long term.

The first phase has an interest rate of 4.5 percent, with the permanent loan portion set at 3.5 percent.

When complete, the development will include 450 units. The homes feature wood plank-style flooring, granite countertops and balconies, and will begin hitting the market this summer, according to the property’s website.

“From the financing end it was double play between Shaya’s structuring abilities and Eastern Union’s great relationship with Investors Bank,” said Eastern Union president Ira Zlotowitz in a statement from Eastern.

“This deal was the natural extension of the initial debt, and with Ackerman’s unique structure we wrapped the remainder of the project into one facility which addresses both construction and permanent financing,” Robert Weiss, the president of Weiss Properties, said in the statement, calling the deal “a custom suit [tailored] on Madison Avenue.”