All Aboard? 2nd Avenue Subway Set to Transform Retail 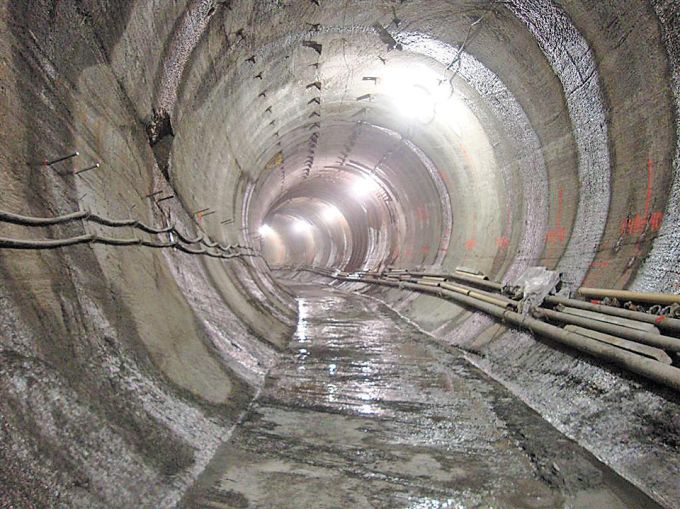 The landscape north of 72nd Street along Second Avenue has long been dominated by residential towers and corner grocers. Mom-and-pop retailers are far more present there than on Lexington and Third Avenues, where H&M, J.Crew and Brooks Brothers have all committed to space in recent years and where a Whole Foods is on the way.

But with the debut of the Second Avenue subway on the calendar for late 2016, the retail terrain in Yorkville may be set to change. As construction tunnels its way through the underbelly of the Upper East Side ahead of the line’s delayed (and delayed and delayed) debut, retail brokers are already pondering future possibilities east of Third Avenue. With 200,000 daily riders expected to trade the overcrowded 4, 5 and 6 trains for the 2nd Avenue line’s T and Q trains, the stretches of Yorkville more readily associated with residential towers and modest independents could stand to receive increased attention.

“In retail, consistently the most important thing is proximity to the subway; it’s the No.1 driver of rent, and every broker and landlord in the city would agree with me on that, and that’s why it’s so exciting,” said Alexander Hill, a senior director at Eastern Consolidated.

Already, landlords in close proximity to the planned stations at 72nd, 86th and 96th Streets are “selling the dream,” according to brokers, and raising retail rents above the current market value of around $100 per square foot in anticipation of the subway’s grand opening.

And some say that’s not an unreasonable proposition.

“It’s realistic for landlords to sell the dream,” Scott Edlitz of Colliers International told Commercial Observer. “Rents went up on Fulton and Broadway three years before the subway was going to open there.”

With little indication at street level of the subway’s imminent arrival aside from the obvious construction noise and paraphernalia, there remains uncertainty for both landlords and retailers, some of whom are being asked to pay premium rents without the promise of an immediate return.

Indeed, some can only afford today’s waking life and are being pushed out of the neighborhood as retail rents climb.

“Mom-and-pops can’t afford to buy the dream,” Brad Mendelson of Cushman & Wakefield said. “One aspect of this whole subway construction is the effect it’s had on retailers that were there and aren’t there anymore because they can’t afford it.”

To bridge the gap between today’s market and the expected future value of space along Second Avenue, landlords with retail units in proximity to the corridor have filled their retail space with short-term and pop-up deals.

“As we get closer to the first quarter of 2017, that uncertainty will disappear, and you’ll see landlords willing to commit to long-term deals at market rents and tenants being willing to invest in new stores,” Mr. Edlitz said, adding that he expects asking rents to at least double from where they are today once the subway begins running.

Another alternative could be to broker a hybrid deal, Mr. Edlitz suggested. He said that if he were representing a tenant looking for space on Second Avenue, he would propose a deal at current market rent for the next three years, after which the lease would escalate to expected market conditions.

Despite the enthusiasm surrounding the subway extension project, which was first introduced back in 1929, neighborhood residents shouldn’t be expecting to walk down the block to Chanel or Hermès. High-end fashion won’t be inching toward the East River, brokers warn. That market is still expected to crowd along Fifth, Madison and Lexington Avenues. Instead, higher-end services are expected to swarm the market. Restaurants, bars, coffee shops and fitness studios—those retailers catering to the residential and commuter populations—are just some of the options brokers have suggested.

The most significant benefit of the subway may not be seen in Yorkville but rather in East Harlem, a neighborhood long neglected by retailers, especially when compared to Harlem’s west side. With additional stations of the Second Avenue line proposed for 106th, 116th and 125th Streets, there could be a significant turnaround there, as well.

More dormitories and hotels could also be on the horizon. One broker even suggested a new “restaurant row akin to the stretch along Lenox Avenue on Harlem’s west side populated with highly rated eateries like Red Rooster.

“It’s almost like the east is following behind the west in terms of accessibility,” Mr. Hill said. “There will be a whole new vibrancy, and it will bring people from lower Manhattan up there; we could see a resurgence of restaurants.”

Immediate enthusiasm, though, is saved for the Upper East Side, where the Second Avenue line is expected to yield results for the neighborhood’s retail market.

“I think it’s a terrific thing for Second Avenue,” Mr. Mendelson said. “I think it’s also going to be a value to Third Avenue, because people will have a choice between Lexington and Second.”