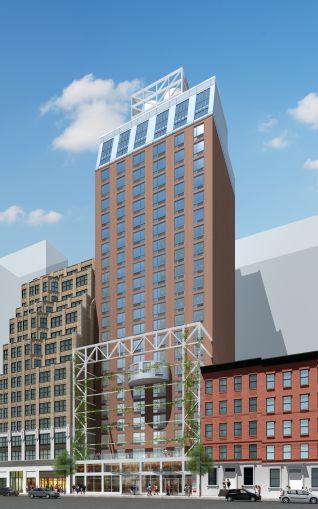 The 10,000-square-foot parking lot at 326 West 37th Street will become a Gene Kaufman-designed hotel with 242 rooms, according to the architect’s office. At 22 stories, the hotel will have a gym, meeting room and ground-level restaurant/bar. The brand is still to be determined.

McSam purchased the property for $18.6 million on Feb. 24 and it was recorded with the city on March 11. That same day he closed a $24.8 million loan from Pembrook Capital Management. The 8.25 percent loan matures in 12 months, a spokesperson for Pembrook said.

“In recent months we have responded to the increasing demand for first mortgage bridge financing, both here in New York and in other U.S. markets,” Stuart Boesky, CEO of Pembrook, said in a prepared statement. “Experienced sponsors are in the market acquiring development sites and looking for debt financing. With this site in particular, we are financing a well-located parcel for a group that has a lengthy track record of development projects in New York.”

A street over, Mr. Chang, who has said he will retire this year, is reportedly commencing work on an 18-story, 80-room Comfort Inn or Days Inn at 337 West 36th Street as part of a promise to give his business associates a stake in a hotel before he retires, as Commercial Observer previously reported.

No one at McSam immediately responded to a request for comment.

Update: This story was edited to include a rendering of the project, details from Gene Kaufman’s office and the rate and term of the loan from Pembrook. 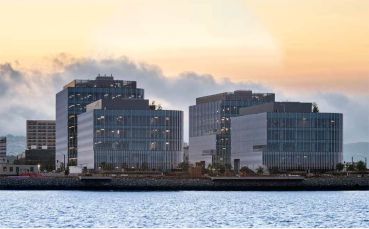