Citi Habitats Moving on Up in Noho 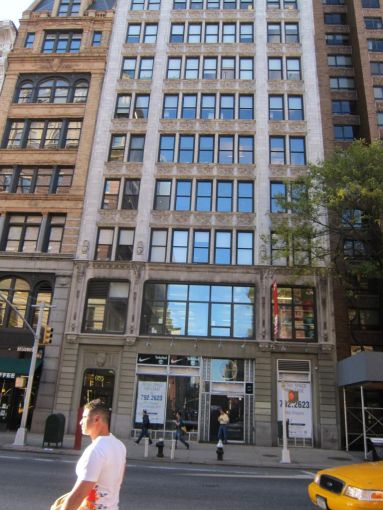 Citi Habitats is moving its Noho office from a storefront location to a fifth-floor space.

The residential real estate brokerage has signed a lease for 6,189 square feet on the fifth floor at 665 Broadway, at the corner of Bond Street, Crain’s reported. The upstairs office replaces a smaller storefront location at 37 Third Avenue, a spokesman for Citi Habitats told Commercial Observer.

The 10-year deal was arranged by Chris Mongeluzo and Eric Zemachson of Newmark Grubb Knight Frank on Citi Habitats’ side and John Peters of Cushman & Wakefield on behalf of the landlord, Broadway Mercer Associates. Asking rents in the building were roughly $65 to $70 per square foot.

Citi Habitats President Gary Malin said that the firm is looking to operate out of more flexible commercial space in lieu of storefront retail locations. The new space will have bench-style seating and agents will have flexible work space.

“If you are a successful real estate agent, you’re not spending a lot of time in the office,” Mr. Malin told the publication. “We’d rather have a more communal space and create a more advanced way of doing business.”

This is the firm’s second non-storefront office. The first was at 157 Columbus Avenue.

“The success of that office on the Upper West Side was proof that the agents who were hesitant to get off the street at first are now thrilled,” Mr. Malin said to Crain’s.

Citi Habitats has a total of nine offices in the city and plans to move into 665 Broadway by late May or early June, the spokesman told Commercial Observer.