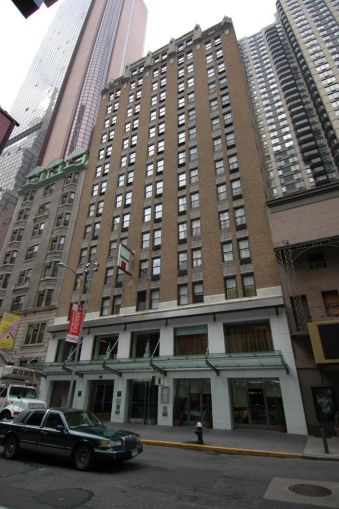 The Times Square-area hotel is set for a mortgage foreclosure auction February 19, after twice being postponed, PropertyShark records show.

As The Real Deal reported, the London-based hospitality company began battling a foreclosure suit from special servicer LNR Partners after an affiliate of Hampshire Hotels failed to make any interest payments on roughly $55 million in loans from January 2012 onwards.

Foreclosure proceedings commenced in July 2012. Hampshire Hotels, founded by Vikram Chatwal, agreed to settle in May 2013.

“It looks to me like this dispute got resolved in the second quarter of last year,” said real estate attorney Joshua Stein, who is a columnist for the Mortgage Observer and is not involved in the case. “Now, almost a year later, they still haven’t held the sale. Foreclosures just take a long time for no good reason in New York, although for all I know it was the lender that decided it wasn’t ready to proceed with the auction.”

Calls to attorneys on both sides weren’t immediately returned and Jay Stein, CEO of Hampshire Hotels, declined to comment.

Update: This story has been edited to reflect a no-comment from Jay Stein, CEO of Hampshire Hotels.