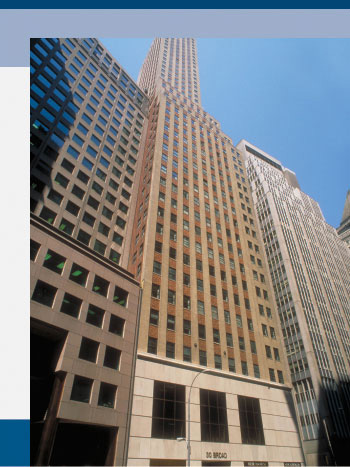 Lucas & Mercanti has signed a 10-year, 14,880-square-foot lease for the entire 21st floor at 30 Broad Street, Commercial Observer has learned.

The tenant is relocating from 475 Park Avenue South and will pay rent in the mid-$30s per square foot, according to data from CompStak. Think Passenger recently signed a 5,335-square-foot lease on part of the 43rd floor and will pay similar rents.

Specializing in intellectual property law, Lucas & Mercanti represents corporations, startups, nonprofits, university and other clients. The firm was ranked among the top 100 patent law firms in the United States in 2013 by Intellectual Property Today.

Richard Doolittle and John P. Howard of MHP Real Estate Services represent the landlord, Gotham Realty Holdings, at the property. The tenant was represented by Steve Eynon, Chris Corrinet and Alan Freidman of CBRE. The brokers declined to comment on the deal.