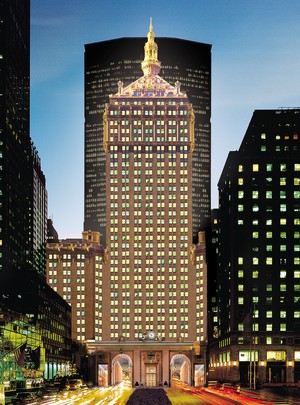 The tenant is expected to transform 230 Park Avenue’s pedestrian passageway into a showcase for between 20 and 30 chefs and food purveyors. Eldon Scott, president of Urban Space, told The New York Times the food hall will open in approximately one year.

“We are absolutely thrilled to be working with Eldon Scott and his creative New York City team,” said Anthony Westreich, chief executive of landlord Monday Properties, in a prepared statement. “I believe that our architecturally striking restaurant space at 230 Park Avenue is destined to attain legendary status as a food destination.  We will revive Grand Central Terminal’s fabled dining legacy with a food hall like no other in New York City.”

Urban Space was represented in the transaction by Amira Yunis and Ben Daniels of CBRE. Monday Properties was represented in-house by Jordan Berger, and by Steven Soutendijk and Christopher Schwart of Cushman & Wakefield.

The tenant is the U.S. branch of Urban Space Management, a London-headquartered company behind the reinvention of Old Spitalfields Market, Borough Market and Chelsea Market.

“We want to combine the feeling of the traditional food hall with the tremendous food entrepreneurship and inventiveness in New York today,” Mr. Scott added in a statement. “Our UK office has been a prime retail renovator in London for over 40 years, consistently working to uphold high standards of urban development by conserving heritage buildings and creating vibrant new places.”