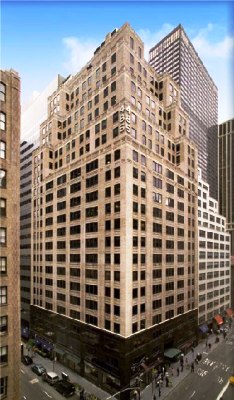 “The Resnick organization is one of the premier landlords and has a reputation for running extraordinarily well-managed and premier properties,” Rick Feld, the president of Bevmax, told Commercial Observer. “Not every landlord in New York meets that standard.” The Midtown location will replace Bevmax’s current facility at 75 Rockefeller Plaza. Scott Rechler’s RXR Realty signed a 99-year triple-net lease at 75 Rockefeller last year and is planning a major repositioning of the property.

Bevmax operates office facilities throughout New York City, with locations at 880 Third Avenue, 40 Worth Street, 1 Liberty Plaza and 250 West 57th Street. The company caters to a wide variety of clients, from Fortune 100 companies to startups. Aerospace and defense giant Lockheed Martin is one of the company’s largest clients.

The tenant viewed a number of potential alternative locations but settled on 485 Madison Avenue because of Jack Resnick & Sons’ reputation.

“When you enter into a 10-year lease, it’s a very long-term relationship and when you have someone on the other end that is honorable and honest, you’re in good shape,” Mr. Feld noted.

Mr. Feld expects the 485 Madison Avenue location to be operational by August 1 and Bevmax Office Centers is already in advanced negotiations to lease another floor in the building.