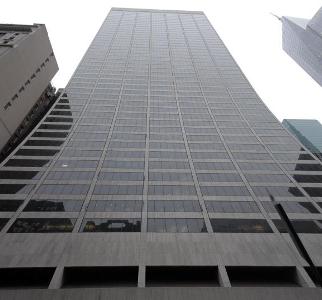 Ahead of SAP’s scheduled move to Hudson Yards, Sybase, a subsidiary, has signed a short-term renewal for its 31,285-square-foot space on the 32nd floor of the Grace Building, The Commercial Observer has learned.

The software developer has signed an early renewal one one year and three months, according to data from CompStak, and will pay rent in the low-$90s per square foot. The company, acquired by SAP in 2010, first signed a lease at the Brookfield Office Properties’ building in 2004, then paying in the mid-$50s per square foot. A company spokesperson confirmed Sybase has extended its lease through March 2016. The subsidiary will relocate to Hudson Yards once the deal has expired.

Last April, SAP signed a lease for 115,000 square feet at Related’s Hudson Yards development before committing to a further 30,714 square feet there three months later. The company will occupy over 144,000 square feet on floors 42 through 47 of the South Tower beginning in 2015.

Located at 1114 Avenue of the Americas, the Grace Building was designed by Skidmore, Owings & Merrill and completed in 1971. The 49-story property offers a typical floor size of 31,000 square feet and boasts STK Restaurant and Crumbs Bakery in the building