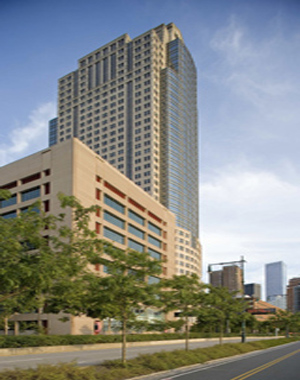 Citigroup has extended its triple net lease of 388-390 Greenwich Street.

The Big Four bank will continue to hold onto the 2,634,670-square-foot building through the end of 2035. Citigroup will have the option to purchase the property between December 1st, 2017 and December 31st, 2020, a timeline that gives Citi three to six years to determine its real estate interests. Citigroup’s real estate presence in New York is large with its global headquarters at the Citigroup Center at 399 Park Avenue in Manhattan. Then there is the Citigroup Building, a 50-story 1.4 million square foot building in Long Island City at One Court Square whose banner can be seen from throughout Manhattan. Citi Private Bank, one of its divisions, also operates out of 153 East 53rd Street.

“We worked tirelessly to structure a transaction that is advantageous to all parties, and we are extremely pleased that Citi has extended its long-term commitment to Downtown Manhattan,” said Marc Holliday, chief executive officer of SL Green Realty Corp., in a prepared statement. “Citi is one of the world’s great financial institutions. SL Green has enjoyed being its largest landlord and we are pleased to continue this strong and highly valued relationship.”

Citigroup brought in a team from CBRE consisting of Robert Alexander, Michael Geoghegan, Andrew Sussman, and Michael Wellen to represent them in the transaction. The landlords, a joint venture between SL Green Realty Corp. and Ivanhoé Cambridge, were represented by an in-house team from SL Green.

“We congratulate our partner SL Green on the closing of this major transaction which re-affirms a long-standing relationship with one of the world’s premier financial institutions and assures that the property will maintain its status as one of the leading buildings of New York,” said Daniel Fournier, chief executive officer and chairman of Ivanhoé Cambridge, in the same statement.