Are You a Smith Street or a Court Street Person?

To salute my departing editor, Jotham Sederstrom, I am writing up an answer to his question: why the big differences between Court and Smith Streets, south of Atlantic Avenue?

One ‘New York City girl’ I met in business said Court Street is the West Village and Smith Street is the East Village. A former resident of both Boerum Hill and Cobble Hill said she and her husband went out on Smith Street when they lived in Boerum Hill and went out on Court Street when they lived in Cobble Hill, rarely deviating. The big differences in median income between Clinton and Henry Street residents and those on Hoyt and Bond Streets are a factor as well, given the geography of spending.

Smith Street fell far further in price and had many more vacancies than Court Street 15 years ago, and was ripe for a makeover, which came from restaurants and bars. Now Smith Street is one of the few Brooklyn strips youths can cruise, like Bedford and Franklin Avenues. Its character as a dining and drinking street, quite established, is unlikely to change. Court Street, always more genteel, is now supported by the $3 and $4 million homebuyers to the west, the huge impact of Trader Joe’s and it being the southbound walking home street from the large 2/3/4/5/R/M subway nexus at Borough Hall.

While both streets share apparel uses, restaurants, liquor stores and delis, their character continues to diverge under the pressures of the market.

One easy contrast to draw comes from looking at the two butchers: Paisanos on Smith Street has an entirely different character than Staubitz on Court Street. The latter is more carriage trade, where the former seems to serve a wider range of customers.

As for celebrity sighting examples: I greeted the terrific young actor, Paul Dano, in a hoodie on Smith Street, my favorite novelist, Martin Amis, in business clothes on Court Street, and the incomparable Nora Jones on Clinton Street as she was walking her dog.

Living in the area, I find the contrasts wonderful, as you get the best of both worlds, just hundreds of feet apart. 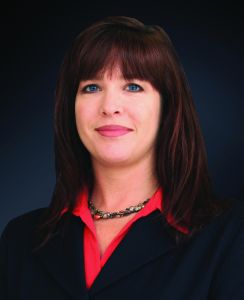