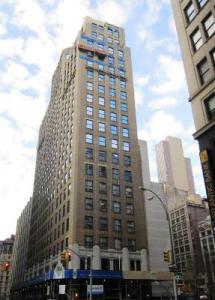 NewsCred has signed a lease for the entire 13,121-square-foot sixth floor at Billy Macklowe’s 386 Park Avenue South, The Commercial Observer has learned.

The tenant will pay rent starting in the low-$50s per square foot in an eight-year deal, according to data from CompStak. Asking rents at the Midtown South property range from $55 to $72 per square foot.

William Macklowe Company acquired 386 Park Avenue South last year in a deal be worth more than $110 million. New ownership quickly instituted a plan to reposition the 20-story building to appeal to the tech and creative tenants flocking to Midtown South.

“It’s been a full on repositioning effort, the building was very tired with a high level of vacancy,” Mr. Macklowe told The Commercial Observer, estimating the building was 55 percent vacant at the time of acquisition. “These are very dynamic companies and the building has to appeal to that tenancy.”

Renovations include a new lobby, which opened two weeks ago, and an elevator modernization. The first two elevator cars are expected to be back in service by the end of the year, with the remaining two coming online in late spring of 2014. The landlord also plans to install a glass box and roof deck to connect with the top floor. The amenity is expected to be exclusive to the top floor tenant.

A content marketing and syndication platform, NewsCred was founded in 2008 and is currently headquartered at 27 West 24th Street. The tenant will move in to a full-floor prebuilt space in the second quarter of next year.

NewsCred received $15 million in Series B funding in March of this year. The company did not return a request seeking comment.