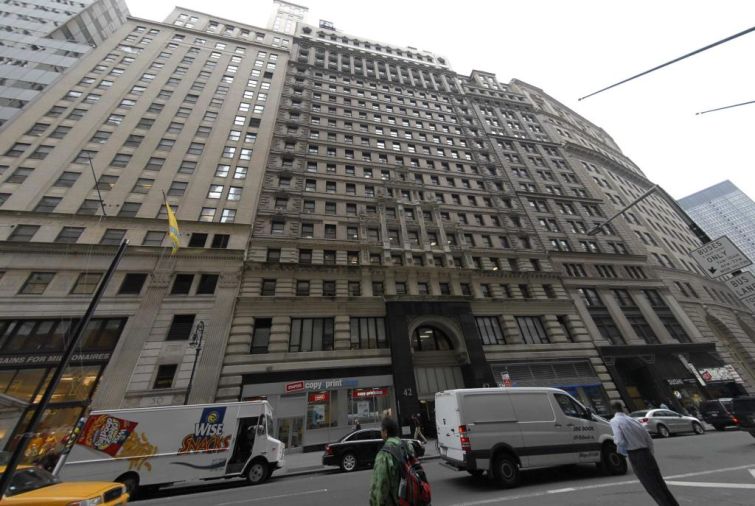 Office suite provider TKO Suites has signed a 10-year, 11,000-square-foot lease at 42 Broadway. Asking rent for the space was $32 per square foot.

“There is a growing demand for flexible and short term office space in New York City. TKO Suites has a number of clients who need to be downtown, and 42 Broadway presented the company with the perfect solution,” said Arthur Spitalnick, managing director at the Kaufman Organization, who represented the tenant, in a prepared statement. “This space will serve as TKO’s second location in New York City, allowing the company to serve clients in Midtown and Downtown.” The company offers virtual office plans, cubicle space as well as part-time and full-time office space. The office space provider markets itself as an affordable alternative to executive office suites, with prices for one-person office space starting at $599 per month.

Built in 1904, the 21-story building at 42 Broadway is interconnected with 32 Broadway next door and features a new elevator and an indoor plaza with atrium.