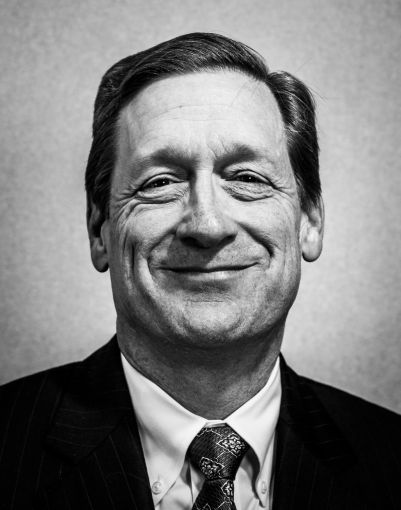 Robert Merck is still trying to score his first hole in one in golf, he told Mortgage Observer one recent afternoon, half in jest. In addition to that more leisurely goal is another involving slightly higher stakes: to maintain MetLife’s position as the top life insurance lender in the U.S., while growing the company’s dealings overseas.

To that effect, 2013 has been a solid year for Mr. Merck, with several more multi-hundred-million-dollar deals under his belt. The senior managing director and head of MetLife’s real estate debt and equity businesses is on track to see his team’s origination performance meet or exceed 2012’s $9.6 billion as he spends his 31st year with the New York-based life insurance company.

“We respect our competitors,” the Macon, Ga., native said. “They’re good, and they’ve got great people as well. To everyone’s benefit, there are more transactions in the market, and so there are more opportunities. That also means more club deals involving several life insurance lenders.”

Mr. Merck, who graduated from Emory University in 1980 and received his M.B.A. from Georgia State University a year and a half later, joined MetLife’s Atlanta office in March 1982 at the age of 24. He then gradually worked his way up to run the company’s real estate investments department in 2003 and repositioned the business to become an industry leader. In doing so, he grew the size of MetLife’s commercial mortgage portfolio from about $18 billion when he assumed control to $43.1 billion by the end of 2012. Over the same 10-year span, the company went from doing an average of about $3 billion per year in originations to an average of about $10 billion per year.

“When I took over in 2003, we had a reputation for being kind of hard to do business with,” Mr. Merck, who also serves as the head of agricultural investments at MetLife, said with a laugh. “We were difficult to negotiate with and bit too tough on the legal side.”

By putting a greater emphasis on ease of execution and communication, borrower relationships quickly grew, he noted. Under Mr. Merck’s leadership, MetLife also upped its approach to risk management and diversified its real estate equity portfolio through the sale of several trophy assets, including the MetLife Building at 200 Park Avenue.

Most notably, he and his team oversaw the $5.4 billion sale of Stuyvesant Town-Peter Cooper Village to Tishman Speyer Properties and the real estate arm of BlackRock in the fall of 2006, marking the largest single-asset real estate deal in history. That deal caused a lot of public fury over rising housing costs and the reduction of middle-class apartments in the city and led to a group of tenants unsuccessfully trying to disrupt the sale before its deadline. “We were in the spotlight,” the 55-year-old husband and father of two said, “and I remember waking up every day wondering what the headlines would be.”

On the debt side of the business, MetLife has set additional records. For the past eight years or more, it has led the pack as the No. 1 life insurance commercial real estate lender, beating out Prudential Mortgage Capital Company, New York Life Insurance Company and Northwestern Mutual, according to data from the Mortgage Bankers Association. The trade group’s research does not extend prior to 2005.

In 2012, MetLife ranked as the No. 6 commercial real estate lender across the board, down from the No. 2 lender in 2011 and the No. 3 lender in 2010, at a time when few banks were willing to underwrite loans. All the while, the company has maintained a particularly high standard when it comes to lending. MetLife almost exclusively focuses on “top markets and top-quality properties in those markets,” providing loans to well-established owners and developers, Mr. Merck said. “That has served us well in building a stable portfolio that has held up in all market cycles,” he added. The company’s portfolio includes office, multifamily, retail, industrial and hotel properties.

In July 2013, the company provided $360 million in financing to pay off an existing construction loan and fund additional upgrades on the Americana at Brand, a large outdoor shopping center in Glendale, Calif. And then in September, MetLife provided $225 million in financing to Related Companies as part of a shared $450 million loan with Pacific Life Insurance Company for the Shops at Columbus Circle in Midtown Manhattan to refinance an existing loan and return capital to the borrower. Most recently, MetLife announced last month that it had closed a $161.5 million acquisition loan to a real estate investment fund sponsored by CBRE Global Investors for the purchase of the Houston office property Marathon Oil Tower from Hanover Real Estate Partners.

Across the pond, the life insurance company provided a $290 million loan in October for 125 Old Broad Street in London, formerly known as the Stock Exchange Tower. It is also negotiating a $321 million financing deal for three London hotels owned by the Edwardian Hotel Group.

As a balance-sheet lender, MetLife keeps virtually all of its loans on its books, with a few exceptions over the years.

“Prior to the downturn, we took advantage of selling a portfolio of smaller loans that we had inherited through the acquisition of another insurance company,” Mr. Merck said. “But that is not something we generally do. The benefit of being an insurance company is that we can own real estate, so we’re not looking to move a loan off our books just because it might have had some problems.”

MetLife’s commercial real estate debt and equity businesses make up a higher percentage of its overall investment portfolio than most publicly held life insurance companies, said Erik Bass, a research analyst at Citigroup who covers the industry. “Commercial mortgage loans plus real estate investments for MetLife as of the end of 2012 were 12.6 percent of their investment portfolio,” he said. “The average for the public life insurance company universe was 9.9 percent.”

“Real estate is a local business and a relationship business, and having geographic experts out there underwriting loans and living with the loans through their entire existence has really been the key to our success,” he said. “That and our strong focus on risk management, which has been a part of our process for the past 10-plus years—not just when the market started to get overheated.”

MetLife’s success in commercial real estate is also driven by the company’s commitment to maintaining borrower relationships, which has allowed for an average of more than 80 percent repeat business, Mr. Merck and other MetLife employees told Mortgage Observer.

“In 2003, we decided to really beef up our annual production and grow our mortgage portfolio,” said Mr. Merck. “In order to do that, we put a major focus on customer centricity and becoming not only the biggest life insurance lender out there but the best as it relates to dealing with borrowers in terms of efficiency and accountability.”

Several long-term partners and clients spoke to the degree of Mr. Merck’s accountability. “Robert can come across as a very serious man, especially when he asks a ton of tough questions to make sure you’ve done everything humanly possible in your job,” said Darcy Stacom, a vice chairman at CBRE who worked with MetLife on several transactions, including the Stuyvesant Town-Peter Cooper Village sale. “He’s actually very personable though. You want to get him on a golf course if you can.”

In the winter of 2005, Ms. Stacom and her colleagues brokered the $918 million sale of MetLife’s former headquarters, One Madison Avenue, also known as the Metropolitan Life Tower, to SL Green Realty. The CBRE executives brokered MetLife’s purchase of 575 Fifth Avenue from Sterling Equities for $385 million a few months later.

“Robert’s been the same through good markets and bad markets,” said John Vickers, the chairman and chief executive officer of Tishman Realty Corporation and someone who has worked with Mr. Merck and MetLife for over 20 years. “We’ve been through 9/11, 2008 and a lot of ups and downs, and both he and the institution have always been stand-up people. They don’t get overexcited when markets are hot and they don’t panic when there’s a problem.”

MetLife provided a $162 million five-year loan to Tishman Realty in the summer of 2012 to refinance the Sheraton Chicago Hotel & Towers and a $258 million five-year loan to refinance the Westin New York at Times Square in the fall of 2012. In the summer of 2007, MetLife, Tishman Realty and a private equity fund partnered to develop InterContinental New York Times Square Hotel, which opened in July 2010. The total cost of development was $490 million, an anonymous source familiar with the transaction said. A group of lenders led by the Union Labor Life Insurance Company provided a $355 million loan, while the balance of the development was paid for with equity, which MetLife provided the majority of, that person said.

For many top life insurance lenders—MetLife, Prudential and New York Life among them—the 2008 financial crisis had less of an impact on their commercial mortgage businesses than the respective operations of banks and CMBS lenders, according to several industry experts. As a result, life companies became a major lending presence in the market, filling a void left after Wall Street pulled back during the collapse.

“We were able to take advantage of the market very quickly when opportunities came up in late 2009 and then in 2010 and 2011,” Mr. Merck said. He and his team also took note of the aggressive lending approaches that got so many other financial institutions in trouble and dialed back their loan-to-value requisites to about 65 percent from the industry average of 75 percent and, in some cases, higher.

Now, with banks and CMBS lenders back in action, Mr. Merck and his team at MetLife face steeper competition than they did a few years ago. “The competitive dynamics affect them the same as the real estate investment trusts and any other real estate investor in terms of demand for the properties, cap rates in the industry and so on,” said Mr. Bass of Citigroup. “MetLife is the leader among their competitors, but they are not immune to market pressures.”

In his straightforward southern tone, Mr. Merck said he is not the least bit phased by those pressures. “We compete in the top markets on the top properties, because we’re able to write a single check for a loan on a large property,” he told Mortgage Observer. “Our position hasn’t changed. The only thing that has changed is that the spreads have gotten tighter.”