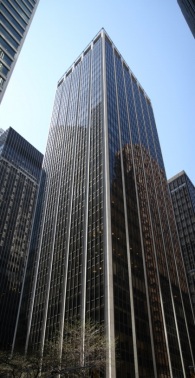 Limelight Networks has signed an eight-year, 4,071-square-foot lease for a portion of the fifth floor at Savanna’s 100 Wall Street, The Commercial Observer has learned.

The new lease follows on the heels of an announcement in October that El Al Airlines, the national airline of Israel, had signed a 10-year, 14,918-square-foot lease on the fourth floor at Lower Manhattan property. Limelight Networks, a digital presence management company, is expected to move in at 100 Wall Street within the next month, according to Kevin Hoo, vice president at Savanna.

Savanna has recently installed brand new chillers and performed cosmetic lobby upgrade and elevator repairs at the property. Additionally, the real estate private equity firm has relocated the critical life and safety systems and electric switch gear at the property from the basement to the second floor.

“This has significantly enhanced the property’s resiliency in the event of future Hurricane Sandy-like reoccurrences, reducing downtime from a matter of weeks to days,” Mr. Hoo said in an emailed statement.