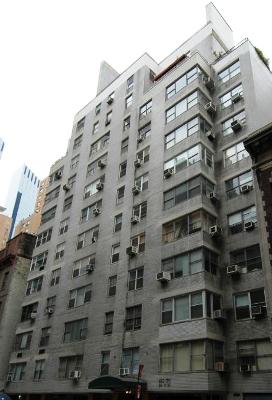 The $194 million acquisition will allow Vornado to begin construction of its planned 920-foot tall luxury residential condominium and puts to rest an ongoing dispute between the REIT and Extell Development, the seller of the rights.

With its competing luxury residential building One57 located nearby, Extell had previously stalled Vornado’s plans by acquiring control of the parking garage beneath the development site and denying Vornado the right to build.

“[Vornado Chief Executive Steven Roth] was a very tough negotiator,” Mr. Barnett said at The Commercial Observer’s Masters of Real Estate conference held earlier today.  “I thought the deal would get done a little quicker but he wanted to beat me up a little first.”

Mr. Barnett previously clashed with a New York real estate colleague under similar circumstances. A decade ago, Mr. Barnett tried block Forest City Ratner Companies and The New York Times’ acquisition of land on Eighth Avenue for construction of the Grey Lady’s new headquarters. Mr. Barnett, who owned a parking lot on the site, organized nearby landlords in an attempt to raise the Times’ bid.

Vornado’s condo development is to be designed by Robert A.M. Stern Architects and will boast unobstructed views of Central Park. The REIT had acquired the property at 220 Central Park South for $132 million in 2005.