Mayer Brown Signs Lease at 1221 Avenue of the Americas 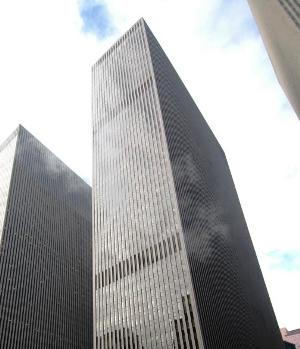 Law firm Mayer Brown LLP will relocate to 1221 Avenue of the Americas next year after signing a long-term, 187,000-square-foot lease at the Rockefeller Group property.

Mayer Brown will take the entire 11th through 14th floors beginning in late 2014. The tenant will relocate its New York office from 1675 Broadway. “We are pleased that Mayer Brown elected to relocate to 1221 Avenue of the Americas,” said Edward Guiltinan, vice president and head of leasing in New York for The Rockefeller Group, in a prepared statement.  “We’re encouraged by the strong demand for the remaining available space in the building, as tenants in the market recognize the outstanding location, efficiency, amenities, prominence and overall desirability that 1221 offers.”

Rockefeller Group has enjoyed brisk leasing activity at 1221 Avenue of the Americas in 2013—totaling over 280,000 square feet—but still has 400,000 square feet left to fill. The building was left with significant vacancy when French bank Societe Generale elected to relocate to 245 Park Avenue in 2010.

Crain’s New York reported last month Mayer Brown was in talks to take a significant amount of space at 1221 Avenue of the Americas.

Mr. Guiltinan, who was not immediately available for comment, represented the landlord alongside a Cushman & Wakefield team led by John Cefaly. The tenant was represented by Bob Flippin, Andrew Sussman, Anthony Dattoma and Lauren Crowley of CBRE.