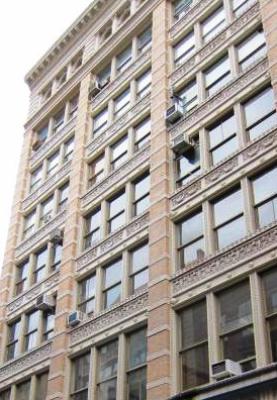 Glasgow Caledonian University, one of the largest universities in Scotland, has signed a 15-year, 13,500-square-foot lease for the entire ground floor and lower level at 64 Wooster Street in Soho.

The school, which traces its history back to 1875, has plans to link its New York campus with a sister institution in London—GCU London—and the British School of Fashion based there. GCU’s New York location will offer courses in fashion business, luxury brand management and marketing, as well as broader executive education programs. Asking rent for the deal at the Zar Properties’ building, reported earlier by The Wall Street Journal, was approximately $230 per square foot.

“Soho is one of Manhattan’s most chic and sought-after neighborhoods,” said Paul Revson, managing director at Studley, who represented the tenant, in a prepared statement. “There is a great synergy between GCU and the exceptionally unique, renovated retail space which will soon be home to their New York campus. The university will be in the center of one of Manhattan’s great fashion districts, just steps away from international designers, national retailers and haute couture boutiques.”

GCU boasts nearly 17,000 students from over 100 different countries and has made a push for global growth in recent years—opening its London campus in 2010 and forming partnerships in both Oman and Bangladesh.

“GCU will be the first British university to open a campus in New York and it will be modeled closely on our highly-successful GCU London campus,” said Professor Pamela Gillies, CBE, principal and vice-chancellor of GCU, in a statement announcing the New York campus last week.