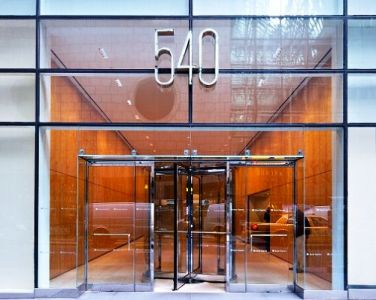 In yet another sign of the property’s appeal to financial services firms, Boston Properties has signed two new tenants at 540 Madison Avenue, The Commercial Observer has learned.

In the larger of the two deals, Orchard First Source Capital has signed a 10-year, 10,900-square-foot lease for a portion of the eighth floor. The tenant will pay rent in the high-$60s per square foot, according to data from CompStak.

In the building’s tower, Sandell Asset Management has signed a 10-year deal for the entire 7,050-square-foot 36th floor. The alternative asset manager will pay rent starting in the low-$90s per square foot, CompStak’s data shows.

“For Sandell, having their own floor with views of the Park and great light was important,” said Cynthia Wasserberger, managing director at Jones Lang LaSalle, who represents Boston Properties. “The landlord was also able to turnkey the space for them.”

Sandell Asset Management will relocate from the 26th floor at 40 West 57th Street, while OFS Capital, an externally managed, closed-end investment company, will relocate from nearby 515 Madison Avenue. Both recently signed tenants are expected to take possession in early 2014.

As reported by The Commercial Observer, boutique financial services firms secured over 20,000 square feet at 540 Madison Avenue in early May. The building has seen additional leasing activity in the past month, according to Ms. Wasserberger.

“We’ve leased a lot of space in the last 30 days,” she noted. “I would say we would expect in the next month to have drawn leases on three or four remaining units and be down to a small level of vacancy in the building, which is a testament to Boston Properties.”

Boston Properties acquired 540 Madison Avenue along with Two Grand Central Tower from Macklowe Properties in 2008 for a combined $705 million. Built in 1970, the property boasts floor plates ranging from 4,000 to nearly 11,000 square feet.

The landlord did not immediately return requests seeking comment.