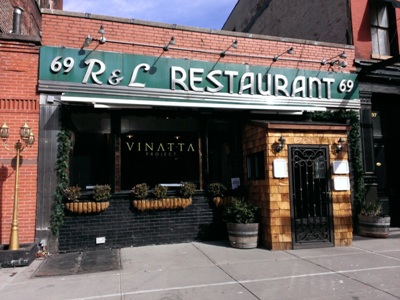 DelShah Capital has closed on the $8.6 million acquisition of 69 Gansevoort Street in the Meatpacking District, the company announced today. The deal for the 2,950-square-foot building includes 7,160 of air rights, providing for development up to 10,110 square feet.

“We own 55 Gansevoort which is two doors down and [this acquisition] is as exciting to us as the other properties,” Marc Watkins, executive vice president and director of acquisitions at DelShah, told The Commercial Observer. “We’re committed to this street and in particular we see there being a lot of upside in the retail component.” The acquisition was financed in part with a $6.5 million mortgage from Berkadia. DelShah will lease 69 Gansevoort’s retail space to a subsidiary of The Line Group while plans to utilize the property’s air rights are finalized.

“69 Gansevoort is half a block from the entrance to and start of the High Line, which attracts approximately 4 million visitors each year,” added Michael Shah, principal of DelShah Capital, in a statement. “In addition, it is less than a block from the new $700 Whitney Museum to the west, which will substantially enhance the neighborhood when it opens in 2015.”

The address has formerly been home to a number of now defunct eateries including Florent, R&L Restaurant and Gansevoort 69. In 2011, Eater NY listed 69 Gansevoort Street on its list of Cursed Restaurant Spaces.

DelShah also owns 55 Gansevoort Street, a 20,692-square-foot commercial and retail building located adjacent to 69 Gansevoort. As reported by The Commercial Observer, DelShah Capital acquired nearby 58-60 Ninth Avenue for $18.2 million in April. The 10,839-square-foot building is located across from the Apple Store on West 14th Street and became vacant in early May with the departure of restaurant Pop Burger.

Over the past five years DelShah has shifted from a focus on purely multifamily properties to mixed-use acquisitions in key submarkets such as the Meatpacking District and West Village. The company has plans to announce another acquisition of a well-located West Village multifamily property in the near future.  The building, located in close proximity to Bleecker Street, includes 38 apartments and three retail components, according to Mr. Watkins.