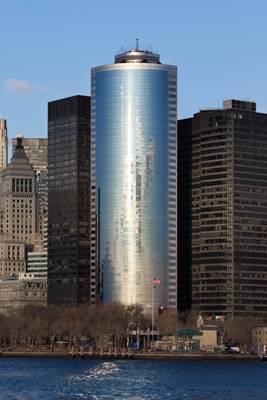 Nelson Levine de Luca & Hamilton has signed a long-term, 29,386-square-foot lease for the entire 29th and 30th floors at RFR Realty’s 17 State Street, The Commercial Observer has learned. The firm will be relocating from the 32nd floor at One Battery Park Plaza.

“17 State Street is one of the premier office addresses in the Financial District,” said Aby Rosen, co-founder and principal of RFR, in a prepared statement. “We are thrilled to welcome Nelson Levine de Luca & Hamilton, which will join other top names in the financial services, legal, media and technology arenas at this stellar property.” RFR Realty acquired 17 State Street in 1999 for approximately $120 million and since that time has completed a significant capital improvement plan which included upgrades to the building’s corridors, lobby and common areas. Asking rents at the Emery Roth & Sons designed property are approximately $60 per square foot.

As reported by The Commercial Observer, BATS Global Markets signed a 7,234-square-foot lease on the 32nd floor at 17 State Street last year. The Kansas-based exchange operator made headlines in 2012 when it attempted to go public, only to withdraw the offering when a trading glitch caused the company’s share price to plummet.