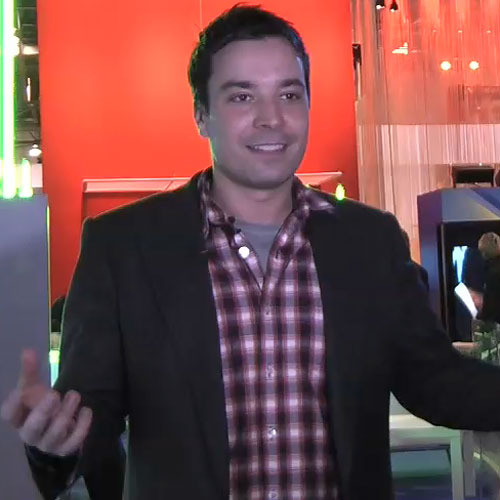 The drama engulfing NBC’s morning programming is, for the moment, drowning out the beleaguered network’s late night personnel shift. But The Tonight Show’s move back to New York could set up where 30 Rockefeller Center employees ate lunch.

Sources within NBC’s 30 Rock headquarters tell The Commercial Observer that when Jimmy Fallon replaces Jay Leno as Tonight Show host—and returns the gabfest to Midtown after four decades in Burbank, California—the program will film in a studio constructed on the seventh floor, where an NBC commissary once made famous as a routine punchline for Johnny Carson was located until a few month ago. Tonight began broadcasting in 1954 from the Hudson Theater with host Steve Allen. Mr. Allen was succeeded by Jack Paar and (30-year host) Johnny Carson, who helped define the modern late night talk show formula at 30 Rock. Mr. Carson in 1972 moved the show from Studio 6B to Burbank in order to take advantage of Los Angeles’ bottomless pit of celebrities ready to plug their latest projects.

Mr. Fallon currently films Late Night at Studio 6B, but a move up one flight appears likely to coincide with his leap in stature. The New York Times’ Bill Carter reported earlier this month that NBC had “made a commitment” to Mr. Fallon for him to succeed Jay Leno as Tonight host. Mr. Leno replaced Mr. Carson in 1992 following a monumental succession battle with Dave Letterman, now a rival to Mr. Leno on CBS at the Late Show.

The seventh floor of 30 Rock is sandwiched between Carson’s old stomping grounds and Saturday Night Live’s Studio 8H, but was best known as the home to the drab network cafeteria and its inexplicably popular Quesadilla Wednesdays. Mr. Leno’s current contract ends in the fall of 2014, and the change to Mr. Fallon should be complete sometime in the next 18 months. Beyond Tonight’s expected return to New York, details about its future studio are murky.

NBC and its staff have certainly grown accustomed to change, or rumors of it. The media world is currently abuzz with speculation that well-compensated Today Show host Matt Lauer is on his way out following the disastrously fumbled removal of his co-anchor Ann Curry from the kaffeeklatsch last year and Today’s subsequent fall from number one in the ratings.

Although the commissary is safe after being moved to the ninth floor, NBC employees on the East and West Coasts seem united in disdain for their corporate mess halls.

One of the recurring jokes that Mr. Carson made about the Burbank and New York dining areas came on the July 30, 1981 episode of Tonight.

“I went to the NBC commissary today,” Mr. Carson said.

Viewers of the clip on YouTube extended the joke.  “Sure, the chef kept trying to make his paying customers buy something they didn’t want,” one commenter wrote. “But what Johnny didn’t tell you is that the chef was soon rehired as head of NBC programming-development.”

(Update: This story has been changed to reflect that the commissary was recently moved to the 9th floor. A source tells us 30 Rock employees are not worried about where they’ll eat lunch.)