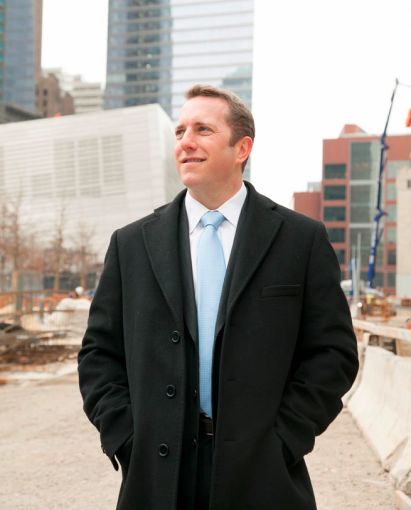 Before Jeremy Moss, senior vice president of leasing at Silverstein Properties, joined the firm four and a half years ago, he spent eight years working at Forest City Ratner, a tenure that culminated in a role managing the leasing of the office space at the New York Times building. He called working alongside Bruce Ratner and MaryAnne Gilmartin on the Times building “a great learning experience that prepared me well for the World Trade Center.” Mr. Moss helped oversee leasing at Silverstein’s 7 World Trade Center and is now leading efforts at 2, 3 and 4 World Trade Center. “I feel fortunate to be able to work on such a historic project, particularly as a native New Yorker,” Mr. Moss said when he sat down with The Commercial Observer last week to discuss his leasing efforts at the World Trade Center, its impacts on lower Manhattan and the future of the market.

The Commercial Observer: Can you talk about leasing at 7 World Trade Center?

Mr. Moss: I worked very closely with Roger Silverstein, Larry’s son. He had made my job easy, because he did a big portion of the leasing before I arrived, and once I got here, we were well underway with our leasing campaign. We really validated the World Trade Center to the New York City business community as a place where people could thrive, where they could do business again and be successful. The tenants we have include Moody’s headquarters, with over 600,000 square feet, but we also have creative companies like Omnicom and a premier law firm—WilmerHale—which relocated from Park Avenue, really making a strong statement about the appeal of 7 World Trade Center, even to tenants that are in the most sought-after locations in Midtown. It reflects the broad appeal of the building’s quality, and that’s a quality that will be carried through to all of the other buildings at the site.

Where are you focusing your energy next?

With 7 World Trade Center fully leased, we’re focused on 4 World Trade Center, which will open at the end of 2013. It’s the next chapter in the history of the rebuilding of the World Trade Center, and I’m really looking forward to walking people into that lobby and showing them the extraordinary architecture and the views. We are very focused on leasing at that building, and we’re in discussions with a number of different companies looking for larger blocks of space—anywhere from 200,000 to one million [square] feet.

Who are you marketing it to, and what can tenants look forward to?

The lobby has a 46-foot-high ceiling, which creates an extraordinary impression when you enter the building. There’s a granite floor, floor-to-ceiling glass and polished black granite on the wall, which is designed to reflect the park behind you as you enter the lobby, intended to make you feel like you’re outside. I can’t think of another lobby like it in New York City. And up top, you have 360-degree views that are spectacular, and the advantage that we have in the location is that we don’t have any other building obstructing our views—we have views of the river, we have views of Midtown—so it’s really spectacular.

We’re seeing interest from a whole range of different tenants in all sorts of industries, and I think that speaks to two things: the appeal of new construction because of the efficiency it offers and the impact that a sustainable building can have on productivity.

Can you talk more about those impacts?

The buildings are all LEED-certified. That not only has obvious societal benefits, but it has a significant impact on the experience of the people working in the building, their satisfaction level and productivity. The buildings are all designed with floor-to-ceiling glass and extra-high ceilings, which allow for an abundance of natural light to permeate the entire space. The views make everyone feel like they’re working in a special place. And the awareness that the space is having a positive impact on the environment also makes people feel really good about their work space.

What’s the situation at 2 and 3 World Trade Center?

We’re in discussion with tenants that would anchor 3 World Trade Center, which would allow us to continue construction to completion by the end of 2016. Construction started and we built the first few floors, which gives us a significant advantage in terms of the time frame within which we can deliver the building to prospective tenants. Two World Trade Center is complete up to street level, and that’s a building that will be triggered by a lease commitment in the future—by a large anchor tenant.

How do you characterize the changes taking place in lower Manhattan, and how does Silverstein Properties fit into the equation?

There’s a diversification away from financial services. We’re seeing media, technology, advertising firms all moving Downtown for a variety of reasons—including access to transportation. And they are finding that their work force is migrating to surrounding neighborhoods

The population alone has doubled in the last 10 years, the number of hotel rooms has doubled, and you’ve had growth in two of the most desirable neighborhoods in New York City—Battery Park City and Tribeca. People remember a place that was old and crowded and primarily associated with financial services. Today people use words like “cool,” “new,” “high-tech,” “green” and “convenient”—those are not the words people would have used to describe Downtown 20 years ago.

How do you view Hurricane Sandy, and what are you doing to ease concerns of Downtown tenants in the face of future disasters?

Everyone did a really good job of coming back from this. Landlords were working tirelessly and creatively to find solutions. We were very successful in reopening 120 Wall Street within several weeks of the storm by bringing in emergency generators, and on a permanent basis, we’re relocating infrastructure that was previously on the basement level up to a mezzanine level. We’re not alone—other landlords are doing the same thing—and I think that’s going to allow Downtown to continue to be a premier business district.

We started a number of lease transactions at 120 Wall before the hurricane, and once we explained the measures we were taking, we had no issue completing those transactions following the storm.

We’re fortunate at the World Trade Center because our buildings are over 15 feet above sea level. Any water that entered during the storm was a result of the fact that it was an open construction site. Almost all of the mechanical and electrical equipment is located several stories above sea level. We don’t expect any issues. 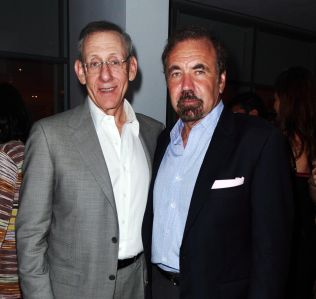