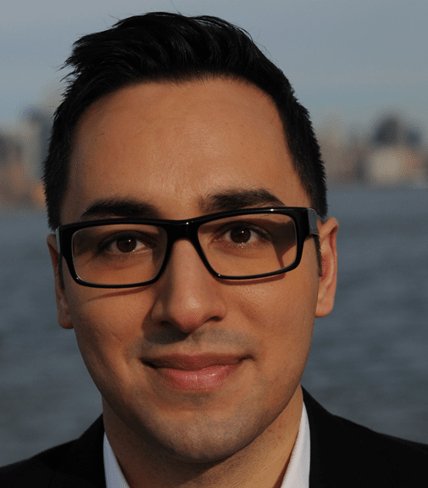 “The ability to socialize and collaborate is one of the founding blocks of creating a tech community,” writes Ashkán Zandieh, director of the creative and start-up advisory division at ABS Partners Real Estate, in the latest edition of his quarter TechStarter report. Mr. Zandieh has been involved with the technology sector for seven years. He created and sold a start-up, has advised several fledgling companies and tracked the field’s real estate activity for the past year. From ABS Partner’s Union Square area office, Mr. Zandieh is well-positioned to observe and dissect the red hot Midtown South tech real estate market and, if he looks south, the growth of the Financial District as a tech and new media contender.

Mr Zandieh spoke by phone with The Commercial Observer.

The Commercial Observer: How is the tech-fueled Midtown South commercial real estate market holding up?

Mr. Zandieh: The average asking rental price per square foot increased from an estimated $38 per-square-foot in 2011 and 2012 to nearly $60 per square foot for Class B buildings in Midtown South in the first quarter of 2013. What’s pretty interesting is that we’re seeing a Class B transition–there’s a fuzzy line between Class B and Class C.

So young companies are still drawn to, and able to afford, the neighborhood?

A lot of the start-ups I’m working with now are down in Soho and expanding by 20 or 30 employees. They’re moving out of Soho and to NoMad, where they can get larger floor plates. By NoMad, I mean 23rd Street to 28th Street between Park and Seventh Avenues.

Well, we’re seeing a lot of buildings online but technically off the market and not renting. But the vacancy rate is somewhere between 4 and 5 percent.

You discuss the “sociology” of tech in your report. Beyond the industry’s desire for modern, loft-like open spaces, what’s the allure of Midtown South?

New York has adopted a culture. The start-ups in New York often didn’t take root here. They were transplants of other scenes, primarily of San Francisco and the Bay Area. When they came here, rents in Midtown South were a lot cheaper. There was ease of transportation. The local culinary and coffee cultures were great. And landlords were willing to take on tech guys.

In Silicon Valley (specifically Mountain View) and San Francisco (in the SoMa submarket), rents grew by 50 and 30 percent, respectively, between the first quarter of 2012 and 2013. Midtown South’s grew by 25 percent. Why does New York still lag behind the Bay Area?

In San Francisco the entire economics of the city revolve around the tech scene. It’s ingrained. In New York it’s slowly growing to the point that it hasn’t stabilized, although it’s reaching stabilization. We’re at a crossroads–[Mayor Bloomberg] is pro-tech, and he’s pro-business. I don’t foresee the tech scene ever falling off as long as we have profitable tech companies and [venture capital firms] willing and able to fund the early stage start-ups.

What about Lower Manhattan? Do you see the neighborhood stealing some of Midtown South’s thunder?

It’s not shifting as dramatically, although the Economic Development Corporation is getting involved. A year ago, average asking rents in the Financial District were $29 or $30 per square foot. Those haven’t budged much, in part because of Sandy and flood zone worries. Then look at NoMad–a year ago asking rents were $30 or so per square foot. Now, we’re at $45 and even up to $55 per square foot for Class B spaces.

Do you think the success of Midtown South and NoMad is sustainable?

For every high there’s a low. It’s inevitable. The market will mature. It might not dip, but it will stabilize. NoMad and Midtown South will have similar rents and they might not be as astronomical as they are now.

Looking beyond real estate, are you concerned about another tech bubble?

No, it’s not a concern. New York is a mature enough market and has learned from the tech bubble. And the tech industry learned from the ’90s bubble.  People aren’t just throwing good money on top of bad money. We have great educators in not only tech, but also businesses. In New York there’s a more mature, business-like mentality–you have to reach profitability.