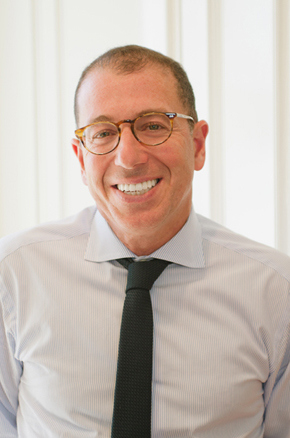 Some commercial real estate brokers are “kicking and screaming” about the audacity of some city landlords who they claim are disregarding their “exclusives” with retailers by attempting to land tenants on their own.

The idea of “skipping the middle man,” once thought of as a tool for efficiency, is enraging some brokers, who tell The Commercial Observer that large retail owners including  Joe Sitt, Jeff Sutton and Joe Moinian, are steering out of their way – but digging deep under their skin.

“Totally not kosher,” one perturbed president of a top city brokerage wrote in an email to The Commercial Observer.  “It puts the retail brokers in a difficult spot and it is morally incorrect.”

While acknowledging that the tactic is not illegal , he called the phenomenon a “continuing issue and it is making many of the retail brokers upset” while putting them in a “difficult situation because they try to place tenants in the owner’s buildings.”

“In several instances the large owners have flown to Europe to visit with the retail tenants in an attempt to bypass the brokers and sign the tenants,” he said.

The phenomenon, while not new, began to gain traction last year as the next generation of owners plows forward with in-house teams, feeling that they have the “prominence and dominance” to skip over brokers, said Faith Hope Consolo, head of Douglas Elliman’s retail and leasing sales division.

“The feel like they can do whatever they want,” she said, referring to the city’s new wave of landlords as the “new guard.”

But, she added, it’s a level that the city’s old-school landlords would never stoop down to.

“The Rudins and the Silversteins would never do that,” she said. “This new guard seems to feel like they’re invincible.  They feel they are immersed in Asian and European markets.”

Despite the uptick in such activities, Ms. Consolo is hardly concerned, noting that the headaches saved by using a well-established broker will always appeal to certain real estate owners who are turned off by the blow-by-blow skirmishes that often ensue during deliberations over retail leases.

“Brokers take the punches,” she said.  “The broker is the buffer, that’s what the broker is.  We take all the abuse… that has a lot of value for the old-time landlords.”

“There will be a lot of kicking and screaming… but ultimately the brokers will prevail,” she added.

While several brokers interviewed for this story declined to comment on the record, conversations yielded names Messrs. Sitt, Sutton and Moinian, for better or for worse, among the new wave of owners skipping out on brokers and transitioning to in-house teams when it comes to retail leases.

Whether it’s a good or bad – or neutral thing – depends on who you talk to.

For some owners, it’s simply the practical solution going forward, as rents and commissions rise along main thoroughfares.  Others blamed brokers, who often claim exclusivity with retailers when indeed that may not be the case, for pushing landlords and retailers away.

Mr. Sutton “hired some gal either in Rome or Paris” to poach tenants directly, said one broker who spoke on the condition of anonymity for fear of upsetting ongoing business ties with certain landlords.  “He feels he’s in the loop.”

Wharton Properties and Thor Equities, controlled by Mr. Sutton and Mr. Sitt, respectively, did not return calls seeking comment; both have called on outside brokerage teams in the past, though recent high-profile deals were apparently handled in-house.

In one example, a joint venture between SL Green and Mr. Sutton convinced Express last summer to ditch previous plans to lease part of the Durst Organization’s ESPN Zone at 4 Times Square in favor of a 30,000-square-foot, 15-year lease at 1552-1560 Broadway.  No outside brokerage was mentioned in the firms’ announcement and SL Green did not return a call seeking comment.

In October 2011, Mr. Moinian’s Moinian Group, hired Gregg Weisser to head commercial and retail leasing of the firm’s 20-building portfolio in New York, Dallas, Los Angeles and Chicago, though a spokesperson for the firm confirmed that Mr. Moinian “is working with a retail broker as exclusive agent on at least one property… but not portfolio wide.”

“Everyone’s gotten jaded by the numbers,” one broker said, referring specifically to the giant commissions spurred by rising rents along the city’s main thoroughfares.  “You’re talking millions of dollars of commission.”