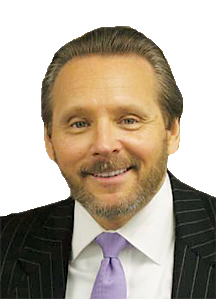 For those of us who work in New York City’s commercial real estate market, the strength of the city, in terms of its ability to attract new residents, relocating or newly formed businesses, tourists, and both foreign and domestic capital, is something we should be thankful for each and every day.

When we compare New York with other major cities across the nation, or across the globe, the Big Apple always shines.

How often do we hear colleagues within the industry convey how happy they are to be here, as opposed to anywhere else?

A big part of why the city is what it is today, is as strong as it is, as bold as it is and as attractive as it is, can be chalked up to Ed Koch. Last week the mayor passed away, presenting an opportunity to reflect on a man who laid some important groundwork for the future of the city and provided a playbook from which we wish current politicians, in Albany as well as Washington, would steal a few pages.

Mayor Koch was a three-term mayor, beginning with his election in 1977, when the city was not quite in the position it is in today. The city had just averted bankruptcy but was still teetering on the precipice financially. Hopelessness had a hold on the city, leaving most New Yorkers feeling that New York was both ungovernable and unlivable. Crime and homelessness were rampant. During ABC’s coverage of the 1977 World Series between the Yankees and the Dodgers, the camera panned to ravaged buildings near the stadium, leading Howard Cosell to famously exclaim, “The Bronx is burning.”

Budget cuts had left police, firemen, teachers, sanitation workers, librarians and a host of others with staffs that were bare-bones at best. The city was dirty and its infrastructure was deteriorating. The subways were graffiti laden, inside and out, and they worked erratically. Solutions seemed out of reach, and even if you had a solution, was it even worth trying to implement a plan? Fear was pervasive and quality of life was an oxymoron.

Then along came Mayor Koch, a self-proclaimed “liberal with sanity” who, in a Stockdale-principled fashion, attacked problems head-on, making no excuses and not sugarcoating anything. He spoke directly and did what he thought was right. He had the courage (a severely lacking quality among elected officials today) to break from the party line to take, and vigorously endorse, positions that he thought were in the long-term best interest of the city, notwithstanding the turmoil they may have caused with his political allies. He even supported Republican candidates energetically if he felt they were the right people for the job (including, later on, George W. Bush).

He was particularly tough on crime, and was fiscally responsible. He implemented policies of common sense and had the guts to say “no” at times when “no” was needed, regardless of how unpopular it may have been. He took on municipal unions, unheard of for a Democrat, famously greeting folks walking over the Brooklyn bridge to get to work during a transit strike in 1980, urging them not to give in “to the bastards.”

Through his common-sense approach, his agnostic political bent and his ability to say “no,” the mayor was able to take a $400 million deficit and turn it into a $500 surplus. He staunchly supported the NYPD and cleaned up the city.

Most importantly, Mayor Koch gave the city hope, tangibly boosting Gotham’s morale. He gave New Yorkers the confidence that they sorely lacked, letting us believe that the future was bright. He was a larger-than-life personality who came along in the right place at just the right time. And he loved being mayor. Looking at photos of him taken during his years in office, his love for the job is transparent.

Through his boundless optimism and love for New York, Ed Koch gave the city just what it needed at a critical time in its history. Those of us who benefit so greatly, because this city is so magnificent, owe him, among many others, a tremendous debt of gratitude.

Robert Knakal is the chairman and founding partner of Massey Knakal Realty Services; in his career he has brokered the sale of more than 1,300 properties with a market value in excess of $9 billion.