As High Line Thrives, Rent Rises in Chelsea While Some Art Galleries Flee

In Chelsea these days, talk inevitably seems to come back to the High Line.

“It created a neighborhood where one didn’t exist,” said Christopher Albanese, principal at the Albanese Organization, after unveiling plans this month for a 10-story office building adjacent to the elevated oasis that cuts through the western end of the neighborhood.

Mr. Albanese said he got a taste of the potential for Class A office space near the park last year, when the company was able to lease the Chelsea Art Museum building to Hewlett Packard Co. within three months of putting it on the market. According to Cushman & Wakefield, there are only two Class A buildings in Chelsea, both fully occupied; the total vacancy rate in the district’s 83 office buildings is 3.9 percent.

The converted freight rail has become the centerpiece of the city’s effort to spur residential and commercial development in the former industrial area where art galleries migrated in the 1990s after being priced out of Soho. The park’s opening in 2009 was just the latest step in Chelsea’s evolution as an office market, said Stephen Meringoff, a principal at Himmel + Meringoff, whose properties include an office building at 158 West 27 Street and several just east of the Avenue of the Americas border of the neighborhood.

Catalysts also included a zoning initiative that created a corridor of apartment buildings and big-box stores along the Avenue of the Americas from 15th Street to 30th Street. Then, Mr. Meringoff said, came a wave of demand from internet and new-media companies, attracted by the “funky, user-friendly” spaces and rents that were as much as 15 percent cheaper than in Midtown.

The average sale price of office properties in Chelsea has soared to $553 a foot this year from $234 in 2003, according to Eastern Consolidated, a real estate investment services firm. This month, SL Green Realty Corp., the city’s largest owner of office properties, said it had paid $173 million, or $648 a foot, to acquire adjoining buildings at Avenue of the Americas between 19th and 20th Streets. In a press release, Chief Investment Officer Isaac Zion extolled the “strength and vitality of the expanding creative, media, and technology sectors.”

CBRE Vice President Brian Gell, the leasing agent for Albanese’s planned building at 510 West 22nd Street, is seeking rents in the low-$80s to low-$90s per square foot,  confident that a Class A building situated on the park, with 20,000-square-foot floor plates, will command a premium over space nearby. Class A rents average $72.91 a foot in the West Village submarket, according to C&W.

Around the High Line, demand for retail space has surged as restaurants and boutiques look to serve hordes of new residents and tourists, pushing street-level rents to $100 to $125 a square foot—high enough to price out some mid-range galleries, CBRE executives said. They don’t expect the area to lose it’s artsy allure any time soon, however. For one thing, they said, gallery owners including Paula Cooper, Barbara Gladstone and Matthew Marks all own their spaces, making them impervious to rising rents. And then there’s the park.

“The High Line is to what West Chelsea what Rockefeller Center was to Midtown,” said CBRE Senior Vice President Stuart Siegel. “It has become one of the premier tourist attractions in New York. It’s only going to continue.” 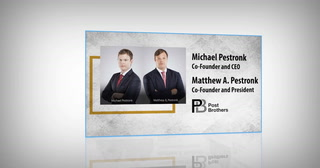